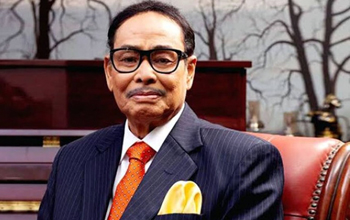 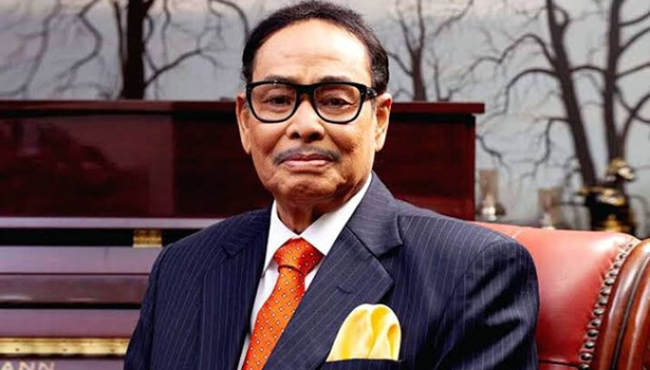 He was 91 and is survived by his wife Raushan Ershad, a teenage son from his now severed second marriage and two other adopted children.

Ershad, the Jatiya Party chief and also the leader of the opposition in Parliament, was admitted to the Combined Military Hospital (CMH) on June 22 after his condition deteriorated.

The former president breathed his last at 7:45 am on Sunday at the intensive care unit of the facility where he was kept in life support for the last nine days after his organs gradually stopped functioning, the Inter Service Public Relations (ISPR) said.

"Previously, he used to try to respond through his eyes, but on Saturday he could not even blink his eyes," Ershad’s younger brother and Jatiya Party leader G M Quader told reporters here yesterday.

Three more funeral prayers have been planned for the former president.

His second namaz-e-janaza will be held at South Plaza of the parliament building at 10 am on Monday. The body would then be taken to the party's central office located at Kakrail road for partymen and common people to pay their tributes.

His body would then be flown to his ancestral home district in Rangpur, from where it will be brought back to Dhaka for burial at the Banani army graveyard.

A former army chief, Ershad took over the state power in a bloodless coup in 1982 and subsequently ran the country for eight years until he was forced to quit in a pro-democracy mass upsurge in 1990.

Despite being imprisoned subsequently on several charges, Ershad emerged as one of the most powerful political leaders in the 1990s after his Jatiya Party became the country's third biggest political outfit.

He was elected to parliament several times, once contesting from the prison even.

Ershad, who was also a prolific poet, was considered to be a soft-hearted person in private life though he faced with iron hand the opposition street campaigns to topple him during his nearly a decade of rule, first as a dictator and then as an elected president.

His rule was marked by a controversial move to make Islam the state religion of the officially secular Bangladesh.

Ershad was born in 1930 in Dinhata, a subdivision of Cooch Behar district of present-day India's West Bengal to Mokbul Hossain and Mazida Khatun. His parents migrated from Dinhata to Bangladesh (the then East Pakistan) in 1948 a year after the the India-Pakistan partition.

He was one of nine siblings.

Ershad studied in Carmichael College in Rangpur, and later graduated from the Dhaka University in 1950. He joined the Pakistani army in 1952, when Bangladesh was part of Pakistan.