'Mexico doesn't want us': Migrants get stuck at border

US to participate in Iranian probe of Ukrainian plane crash 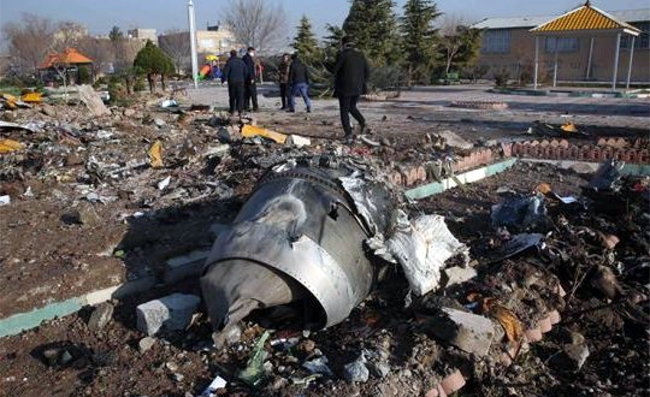 New York, Jan 10: The US's National Transportation Safety Board (NTSB) announced that it has accepted an invitation from Tehran to participate in its investigation into the crash of a Ukrainian plane amid speculations that an Iranian missile might have brought down the plane.

The federal agency said in a statement on Thursday that the Iran Civil Aviation Organization has notified them that they could take part in the investigation of the plane crash that occurred shortly after taking off from Tehran on Wednesday, killing all 176 people on board, reports the Efe news.

"The NTSB has designated an accredited representative to the investigation of the crash," said the independent US government agency tasked with investigating transport accidents.

Since the aircraft was a US-made Boeing 737-800, international regulations allow Washington to be a part of the accident investigation.

However, it remains unclear to what extent the NTSB representative will be able to play an active role in the probe, as US sanctions complicate cooperation with Iran, and the two countries have no diplomatic relations.

The NTSB announcement came hours after US intelligence sources told several media outlets that the Kiev-bound Ukrainian International Airlines (UIA) flight 752 could have been accidentally shot down by an Iranian missile.

Canadian Prime Minister Justin Trudeau later confirmed that his government had "evidence" indicating that the aircraft "was shot down by an Iranian surface to air missile", although he added it may have been unintentional.

The accident occurred on the same day after Iran launched more than a dozen ballistic missiles at two US military bases in Iraq, in retaliation for the killing of Iranian Major General Qasem Soleimani in an American drone attack in Baghdad on January 3.

However, the Iranian authorities have denied that they had accidentally shot down the plane and claimed the accusations were a part of a psychological warfare campaign against Tehran.

Iranian foreign ministry spokesman Abbas Mousavi said they welcomed the presence of experts from countries whose citizens have died in the tragic accident, and requested Trudeau and any other government to provide any information they had regarding the crash.

US to participate in Iranian probe of Ukrainian plane crash