"It is shocking to see the Ballari incident. The way the dead bodies of the corona victims have been treated is very unfortunate. The entire country witnessed it. I request the Chief Minister BS Yediyurappa to apologise to the nation. India is known for its values and traditions," Shivakumar told reporters here.

Earlier, Shivakumar had posted a video which allegedly showed officials 'inhumanly' dumping bodies of those patients who die of COVID into a pit in Ballari, the district administration confirmed it and said that the entire field team involved in the incident has been disbanded.

"It's disturbing to see bodies of COVID patients who have died being dumped inhumanly into a pit in Ballari. Is this civility? This is a reflection of how the government has handled this Corona crisis. I urge the govt to take immediate action and ensure that this doesn't happen again," Shivakumar's tweet, which also had a video of the incident embedded, read.

The Deputy Commissioner, Ballari issued a press note which stated that it had conducted an enquiry after the video surfaced and it was found that the video belonged to the district and "comprises of burial of eight people who passed away after succumbing to COVID-19."

Although, according to the DC, all protocols and SOPs were followed by the team during the burial process, however, the "disrespectful handling of the bodies while being lowered on to the ground by the field staff" led to the entire field team involved being disbanded and will be replaced by a new team trained by the HOD, Forensic, VIMS.

The district administration also issued an unconditional apology to the families of the deceased and to others who were hurt by the incident.

Meanwhile, Chief Minister BS Yediyurappa also termed the behaviour of the staff "very inhuman and very painful" and urged the staff to tread cautiously with humanity in handling the funeral of those affected by the disease, and added, "Let's walk with humanity, and realize that there is no greater religion than humanity." 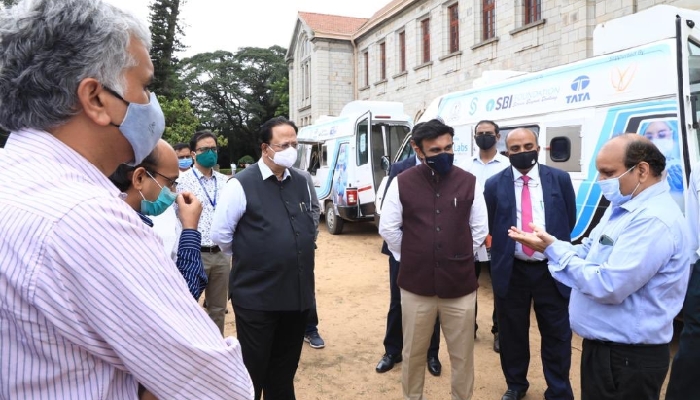 Bengaluru, Aug 5: Touted as a first of its kind in the nation, a mobile Covid-19 lab was inaugurated on Wednesday by the Karnataka Medical Education Minister Dr K Sudhakar.

The lab, approved by the Indian Council of Medical Research (ICMR) can do 9,000 RT-PCR (reverse transcription-polymerase chain reaction) tests per month, an official press release said here. "This is a unique lab having all safety features and capable of producing 100% accurate results within four hours," Dr Sudhakar was quoted as saying in the press release.

The Indian Institute of Science (IISC) had developed the lab and handed it over to the Rajiv Gandhi University of Health Sciences (RGUHS).

The mobile lab can also be used for molecular diagnostic-testing and can be deployed in coronavirus hot spots quickly, the release said adding, apart from Covid-19, the lab can be utilised for testing H1N1, HCV, TB, HPV and HIV among others. 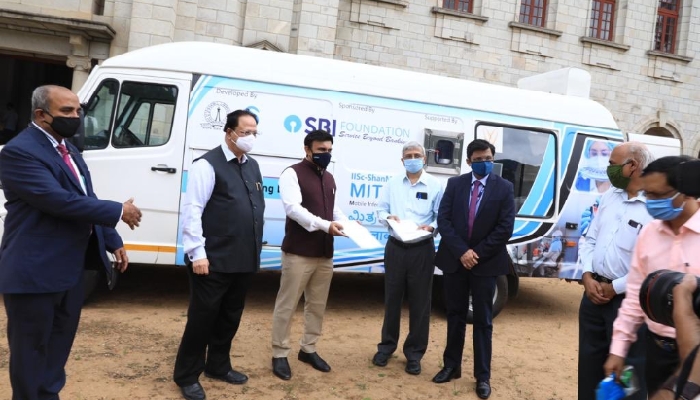 Mangaluru: 22-yr-old woman critical as car runs over her after knocking down her scooter 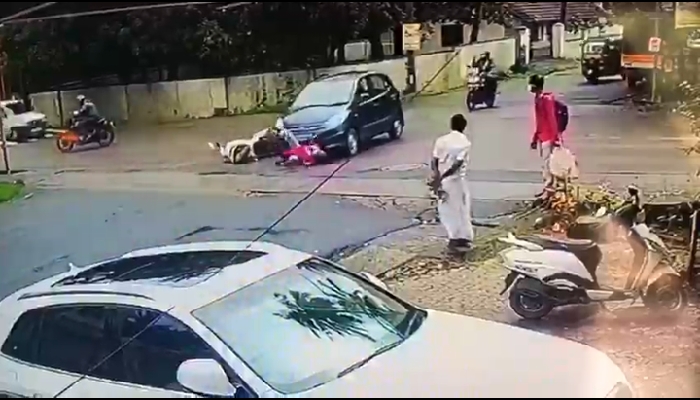 Mangaluru, Aug 7: A woman suffered critical injuries after a speeding car knocked down her scooter and then ran over her at Kadri Kambla Junction in the city today.

The woman identified as Vanishri Bhat (22) a resident of Kedila from Puttur.

A CCTV footage of the accident, which went viral on social media, shows the car hitting the scooter, pushing the woman on road for a couple of meters before climbing over her.

The car stopped when she was under it. A few people including a policeman lifted the car from the front and rescued the woman.

She was immediately taken to a private hospital in Mangaluru City MLA U T Khader’s car which was passing through that way.

She has suffered critical injuries on her head, ribs, hands and legs, sources said. She is reportedly responding to treatment.

It may be recalled that in December last year a lorry-auto accident at the same spot claimed life of a 56-year-old teacher while the auto driver miraculously survived. Following the accident, speed breakers were installed at the junction. 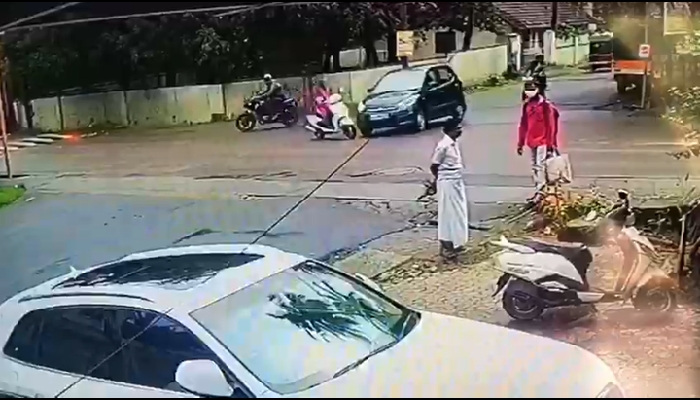 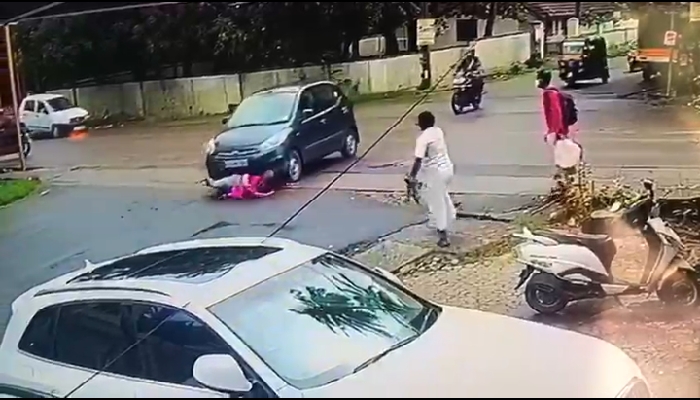 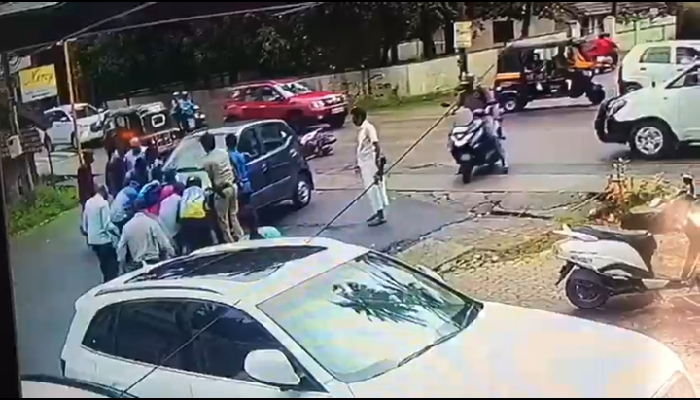 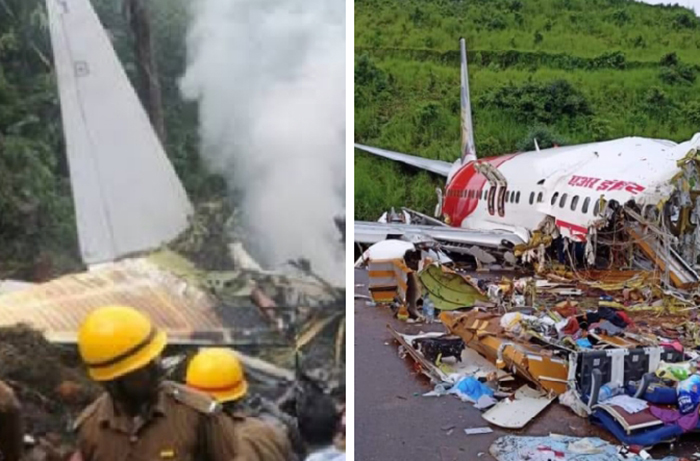 Mangaluru, Aug 8: As visuals of the Air India Express flight crash at Kozhikode international airport emerge, one cannot help but be reminded of an eerily similar and unfortunate accident that occurred a decade ago. The August 7, 2020 tragedy brought back memories of the 2010 crash.

It was on May 22, 2010 that an Air India Express Boeing 737-800 flight from Dubai to Mangaluru over shot the runway while landing at Bajpe airport and fell into a cliff. Of the 160 passengers and 6 crew members on board, 158 were killed (all crew members and 152 passengers) and only 8 survived.

Even back then, the plane had split into two. The crash has been termed as one of India's worst aviation disasters.

The final conversations between Air traffic control (ATC) and the pilot prior to the landing showed no indication of any distress.

Like the Mangaluru accident, Karipur crash too happened when the flight was attempting to land.

An investigation into the accident later found that the cause of the accident was the captain’s failure to discontinue an ‘unstabilised approach’ and his persistence to continue with the landing, despite three calls from the First Officer to ‘go-around’.

Airindia Express both crash while landing was dur to pilots over confidence and mishandling
and not because of Table Top runway. Responsibility and all liability is on carriers shoulder.
In United Kerala front of Malayali Community it is not easy to twist the case.