Bengaluru, Mar 24: Eight new positive coronavirus cases were confirmed in Karnataka on Tuesday, taking the tally to 41 in the state, the health department said.

"Till date 41 COVID-19 positive cases have been confirmed in the state which includes one death and 3 discharged," the department said.

According the department bulletin, 37 positive patients are in isolation at designated hospitals and their condition is stable.

Of the 41 confirmed cases, six are transit passengers hailing from Kerala who have landed in airports and being treated in Karnataka.

Among the eight passengers confirmed on Tuesday also three men and a woman are from Kasaragod in Kerala with a history of travel to Dubai and Saudi Arabia respectively.

All the four had landed in Mangaluru, where they are being treated.

The others are: two men, aged 40 and 65, from Uttara Kannada district in Karnataka with travel history to Dubai;

Among the 41 cases, 24 has been reported from Bengaluru, five from Dakshina Kannada, three each from Kalaburgai and Chikkaballapura, two each from Mysuru and Uttara Kannada, and one each from Kodagu and Dharwad.

All the three discharged patients are from Bengaluru, while one death was reported in Kalaburagi earlier this month, which was the country's first COVID-19 related death. 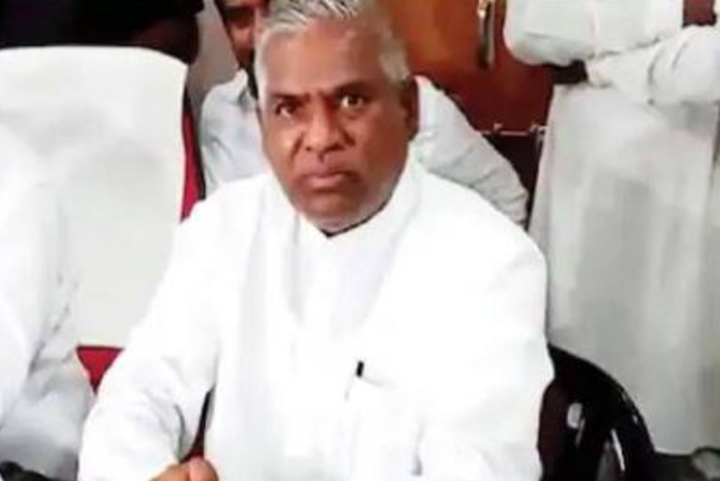 Bengaluru, Sept 24: Congress MLA B Narayan Rao, who was undergoing treatment for coronavirus, died on Thursday, the hospital in Bengaluru where he was admitted said. The 65-year-old Basavakalyan MLA from Bidar district in North Karnataka was admitted on September 1 after being diagnosed with severe COVID-19 infection, Manipal Hospital Director Dr Manish Rai said in a statement.

Dr Rai said he was critically ill with multi-organ failure and on multiple supports including ventilator in the Intensive care unit under constant observation by an expert panel of doctors.

"We deeply regret the loss and express our condolences to his family and friends," he added. 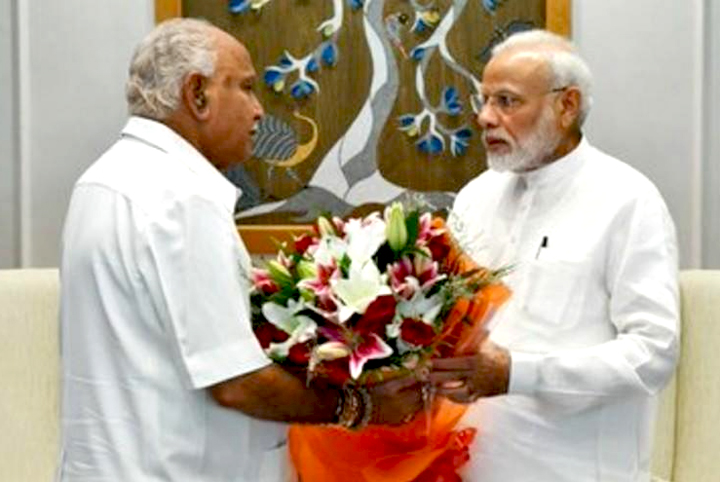 The meeting at the Parliament House lasted for 15 minutes, an official release from the state information department said.

During the meeting, Yediyurappa extended an invitation to Modi to inaugurate Bengaluru Tech Summit on November 19 on a virtual mode, it said.

The state government's flagship 'Bengaluru Tech Summit', actually scheduled in September this year, was postponed to November in view of the Covid-19 pandemic.

This year's BTS is expected to focus on leveraging technology to tackle challenges brought to the fore by the pandemic and there will be symposiums and tech-related talks by experts and technologists.

Ahead of his meeting with Modi, the Chief Minister said, he will discuss all the issues concerning the development of the state, also regarding the state cabinet expansion.

"... discussion also has to happen regarding the cabinet expansion, I will bring it to his notice and take clearance and leave for Bengaluru tomorrow," he said, adding that he will meet BJP national President J P Nadda in the evening.

He also made a request for necessary action for early approvals and clearances for irrigation and drinking water projects including Mekedatu and Kalasa Banduri Nala to utilise the precious water resources allocated to the State, the release added.

Mangaluru to Mumbai KSRTC bus service to resume from Sept 24

Mangaluru, Sept 23: The bus service, which had remained suspended between National Commercial Capital Mumbai and Port City since last five months due to Covid-19 threat, will begin from September 24 with the Karnataka State Road Transport Corporation (KSRTC) running the service to Mumbai via Pune.

To adhere to the Covid-19 guidelines, the passengers have to book the ticket online www.ksrtc.in or at the counter, according to a KSRTC release here on Wednesday.