Biker killed over parking fee of Rs 10 in Bengaluru

Bengaluru, May 11: A 38-year-old movie-goer was beaten to death by a parking attendant and his associate over paying Rs 10 in parking fee in Bengaluru's Bharathinagar on Thursday evening. 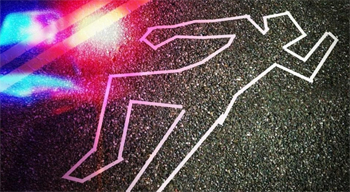 Bharani Dharan, 38, a resident of Austin Town and construction labourer, was going to Lavanya theatre when the incident took place. Police sources said Dharan was drunk.

Dharan arrived at the theatre and parked his motorbike on an adjacent lane for a 5.30pm show.

Police said Dharan was in a hurry to buy a ticket for Tamil movie, 'Kanchana 3'.

K Selvaraj, 50, the parking attendant, demanded Rs 10 from Dharan, who said he'd pay after returning from the movie.

Selvaraj insisted Dharan pay on the spot. That led to arguments. Selvaraj allegedly pushed Dharan into the theatre compound and Shekar, 35, a housekeeping assistant with the theatre, joined the former. Selvaraj and Shekhar rained blows on Dharan's chest, leaving him unconscious. Dharan was shifted to Bowring Hospital, where he was declared brought dead.

Selvaraj and Shekhar, from Pulakeshinagar, have been arrested on murder charges. Police said the duo don't have a criminal past. Dharan is survived by his parents and a younger sister.

Police sources said with most parts of Bengaluru lacking pay-and-park facility, miscreants man parking lots for a fee. This often leads to squabbles.

The BBMP’s request to introduce a pay-andpark policy on 85 roads has been approved by the government, but its implementation has been held up because of model code of conduct.

Ahead of Bakrid, BBMP restricts animal sacrifice in some places

Bengaluru, Jul 30: The Bruhat Bengaluru Mahanagara Palika (BBMP) on Wednesday issued a notice restricting the sacrifice of animals during Bakrid or other religious occasions in certain places.

This year Eid al-Adha or Bakra eid will be celebrated on August 1.

"The administration has prohibited the sacrifice of animals in public roads, footpaths, inside or outside the premises of hospitals/nursing homes, schools and colleges, temples mosques, other religious places or public places," the BBMP said in a public notice.

Person or organisation violating the notice is liable to be prosecuted under the relevant sections of the Indian Penal Code, stated BBMP.

Mangaluru, Aug 7: Coronavirus surge in the coastal districts of Dakshina Kannada and Udupi today at 411  with with Udupi tallying 245 fresh cases and DK 166.

With this, Dakshina Kannada district's Covid-19 tally increased to 6,881 and the total number of deaths increased to 208.

While the district has 3,369 active cases as on date, the day also saw 188 people getting discharged from hospitals. As many as 3,304 persons were discharged in the district so far.

Out of seven deaths reported in Dakshina Kannada on Friday, five were from Mangaluru taluk and one each from Puttur and Belthangady taluks.

Meanwhile, out of 245 new coronavirus cases reported in Udupi on Friday, 175 are asymptomatic and 86 have no specific contact history. With this, the total number of cases in Udupi increased to 5,605, which includes 2,292 active cases.

God will help you only if you put all your efforts: Siddaramaiah on Sriramulu's comment

Bengaluru, Jul 16: Former Karnataka Chief Minister Siddaramaiah on Thursday hit out at state Health Minister B Sriramulu for stating that "only God can save Karnataka" from COVID-19 and asked him to resign from his post.

Speaking to media here in Bengaluru, Siddaramaiah said, "The government cannot say that we are helpless. Why is the government in power? You have power and you have money. It is your primary duty to serve the citizens of the state."

On being asked about Karnataka Health Minister's statement, the Congress leader said: "Let him resign and go out. God will help you only if you will put all your efforts."

Meanwhile, President of the Karnataka Pradesh Congress Committee DK Shivakumar tweeted "Karnataka's Health Minister saying 'Only God can save Karnataka' reflects poorly on @BSYBJP govt's ability to handle the Covid crisis. Why do we need such a government if they cannot tackle the pandemic?"

Sriramulu had said on Wednesday that either people should inculcate awareness or only God can save them from COVID-19.

"Who can save us at this time? It's either God or people should inculcate awareness in them. Congress leaders are involved in political mudslinging at this time. This is not fine and it will not help them in any way," the Minister had said.

"It is a crucial time, in the interest of the general public. I request all the Congress leaders not to indulge in loose talk regarding the issue, it leads to more panic situation among the general public. We are ready to adhere to any punishment if we did any wrong thing," he had added.