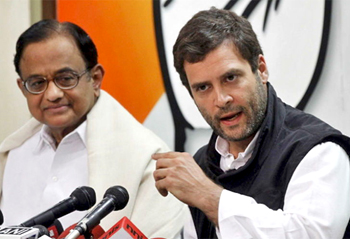 A three-judge bench, headed by Justice R Banumathi, granted bail to Chidambaram. The 74-year-old Congress leader has been in custody since August 21, when he was arrested by the CBI in the INX-Media corruption case. The Enforcement Directorate had arrested him on October 16 in the money laundering case.

"Mr P Chidambaram's 106 day incarceration was vengeful and vindictive. I'm glad that the SC has granted him bail. I'm confident that he will be able to prove his innocence in a fair trial," Gandhi said in a tweet.

With the increase of 904 deaths, the toll due to the disease now stands at 40,699 in the country, according to the Union Ministry of Health and Family Welfare (MoHFW).

Meanwhile, as per the MoHFW, the percentage of discharged patients stands at 67.62, while the active cases are at 30.31 in the country as of today.

The deaths reported due to the infection are currently at a little above two per cent of the total confirmed cases in the country.

Maharashtra with 1,46,268 active cases and 3,05,521 cured and discharged patients continues to be the worst affected. The state has also reported 16,476 deaths due to the infection.

Tamil Nadu has 54,184 active cases while 2,14,815 patients have been discharged after treatment in the state. 4,461 deaths have been reported due to COVID-19 in the state.

Andhra Pradesh with 80,426 active cases is the third on the list. There are 1,04,354 cured and discharged patients and 1,681 deaths reported from the state.

The national capital's active cases tally once again crossed the 10-thousand mark with 175 new cases being reported. Delhi now has 10,072 active cases and 1,26,116 cured and discharged patients. 4,044 people have lost their lives due to the disease in the Union Territory so far.

Zuckerberg worries that if India can ban TikTok, it can also ban Facebook: Report

Expressing concern over the ban imposed on TikTok by the government of India, Facebook CEO Mark Zuckerberg has reportedly called the development in the south Asian country “worrisome”.

TikTok was amongst the 59 Chinese apps that were banned in India but why it hogs the maximum limelight because TikTok had the second-largest user base in India with over 200 million users.

As per The Verge writer Casey Newton, Zuckerberg was worried about TikTok’s India ban. Although it soon cashed into the opportunity and released a TikTok clone “Reels”, the government’s reason behind banning the app in India wasn’t received well by Mark Zuckerberg.

He had said that if India can ban a platform with over 200 million users in India without citing concrete reasons, it can also ban Facebook if something goes amiss on the security and privacy front.

Why Mark finds it particularly worrisome because Facebook is already involved in a lot tussle with the governments across the world involving national security concerns.

Facebook till now has not faced any kind of issue in India but considering the debacle with the other governments, it is not entirely wrong to worry about its future in India if any national security issue arises. Back in 2016, Facebook’s Free Basics service, which means a free but restricted internet service, was banned in India by the telecom regulators.

The TRAI had said that the Free Basic services were banned in India because it violated the principles of net neutrality. With Free Basics services, Facebook had planned to bring more unconnected users online. But since 2016, there has been no major tussle between the Indian government and Zuckerberg due to national security issues.

Taking to Twitter, the Congress leader reiterated his earlier tweet, sent out on July 17, which stated "The 10,00,000-mark has been crossed.

The government must take concrete, planned steps to stop the epidemic."
"20 lakh-mark has been crossed, Modi government is missing," the Congress leader tweeted today.

The Union Health Ministry has said active cases as a percentage of total cases have seen a significant drop from 34.17 per cent on July 24 to 30.31 per cent.