CM touring with family when State reeling under drought: BJP

Speaking to newsmen here on Saturday, he alleged that instead of taking necessary actions by listing out priorities to tackle the situation, Kumaraswamy visiting temples and offering prayers are his personal choice. People have given him good opportunity, but could not capitalize it, however, spending more times for his personnel works and family.

On the 2019 Lok Sabha results, he said that NDA will form the government again and Narendra Modi will continue to be the Prime Minister.

The minister noticed a number of flaws and warned the hospital to go strictly by the guidelines. He saw that despite 15 high-flow oxygen beds lay vacant, only two patients were admitted. He then asked the hospital to send asymptomatic and mildly symptomatic patients to COVID-19 care centres so that beds were available to those who need these.

"Doctors' profession is a noble one and in a situation like this everyone should perform their duty with utmost humanity and compassion. During this crisis, we should all be kind and empathetic," the minister said. He also ordered the suspension of two officials for not following the guidelines and not giving the right treatment to patients.

He noticed that the hospital lab collected less number of swabs and instructed them to collect a minimum of 500 swabs per day. Pointing out the under-utilised beds and ICUs, he observed that because of such negligence by officials, the government is being blamed despite working day and night for the past four-five months.
During this visit, the minister also interacted with the patients through video call and enquired about the services provided to them by the hospital.

"Surprise visits will continue. I will be in touch with every lab and get the right number of tests done on a daily basis," the minister said while speaking to the media.

He also urged the people who have recovered from COVID-19 to donate their plasma to save other lives, adding that donors will receive a reward of Rs 5000 as a token of appreciation.

No lockdown in Dakshina Kannada from July 23: Minister

Mangaluru, July 21: Putting an end to all speculations, district in charge minister Kota Srinvas Poojary on Tuesday said that the lockdown in Dakshina Kannada will not be extended beyond Wednesday.

In a video message, the minister said that all the shops in the district will remain open from July 23 morning. He said district administration will make a formal announcement soon.

Meanwhile chief minister B S Yediyurappa said: “There’ll be no lockdown from Wednesday, people need to get back to work, economy is also very important. We have to fight COVID-19 while maintaining stable economy. Lockdown is not the solution, now restrictions will be placed only in containment zones.” 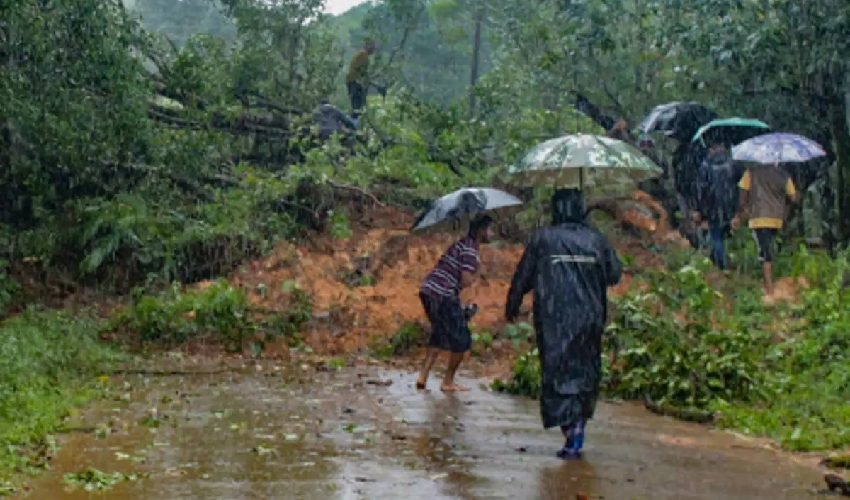 In the Coast, Udupi received the highest amount of rainfall at 127mm, followed by Dakshina Kannada and Uttara Kannada at 73mm each.

Meanwhile, there was a major landslide inside the Kudremukh National Park at Alladakadu, Belthangady taluk, about 70 kms from Mangaluru.

According to reports, the landslide has occurred in over six acres of uninhabited land. Tehsildar Mahesh J said that the landslide was about three km away from inhabited area and there was danger to people.

The incident came to light after villagers saw slushy water flowing in the rivulets and informed the authorities.

In Dakshina Kannada, in the last 24 hours a total of 230 persons (102 males and 128 females, including children) were shifted to relief camps. The crop loss is yet to be estimated. In the last 24 hours, five houses have been damaged completely and 20 partially, according to the district bulletin.

Even in Udupi there was damage to houses and property, but the damage was yet to be estimated.