Puttur, Oct 11: In a shocking incident, a local leader of Social Democratic Party of India (SDPI) was electrocuted to death at Darbe in Puttur of Dakshina Kannada district last night. 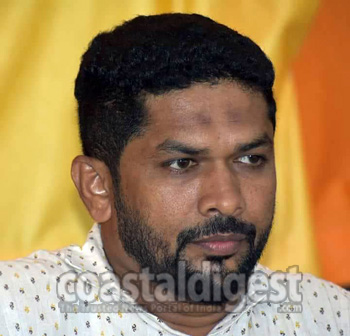 The victim is Hamza Afnan (40), a resident of Koornadka and president of SDPI Puttur town committee. He is survived by his wife and two children.

Hamza, who was returning from a porgamme in Mangaluru along with his family, alighted from his car to adjust a flex which was put up near the petrol bunk at Darbe for a party rally to be held on October 12.

The iron frame of the flex came in contact with the overhead electric wire and Hamza got the electric shock as he was holding the same. The others, who were with Hamza, escaped unhurt, sources said.

A case has been registered at Puttur town police station and investigations are on.

"Tipu Sultan does not belong to one caste or a class. He is part of the history of this country. BJP government has removed chapters related to him for its political advantage. It is their decision whether they celebrate Tipu Sultan Jayanti or not, but he is part of our history.

The President of this country Ramnath Kovind came to the Vidhan Sabha and praised Tipu's patriotism during a joint session," Shivakumar said.

"The BJP government has come to power today. Our history should not change. We will not let these people to covert or dilute history. This is the stand of the Congress party. Our experts will study the pros and cons of this decision," he added.

Shivakumar further said many countries around the world have praised the Constitution, Indian history and expressed their willingness to "adapt it".

"But the BJP is trying to curtail this. We need to educate our children. Our team will also study this and we will not let this happen," he said.
The Karnataka government, in a bid to reduce the syllabus for state board schools by 30 per cent, has limited or omitted various topics including chapters on Mysuru rulers Hyder Ali and Tipu Sultan from the class 7 social science textbook.

The reduction in syllabus comes as schools are closed to prevent the spread of coronavirus in the state, and classes have been moved online.
The Department of Public Instruction of the Karnataka government also limited or removed various other topics from the syllabus of class 6 to 10 as they were repeated or can be alternatively taught.

Earlier, the Central Board of Secondary Education (CBSE) had revised the syllabus for the classes IX to XII for the academic session 2020-21 in a "one-time measure" owing to the COVID-19 pandemic. 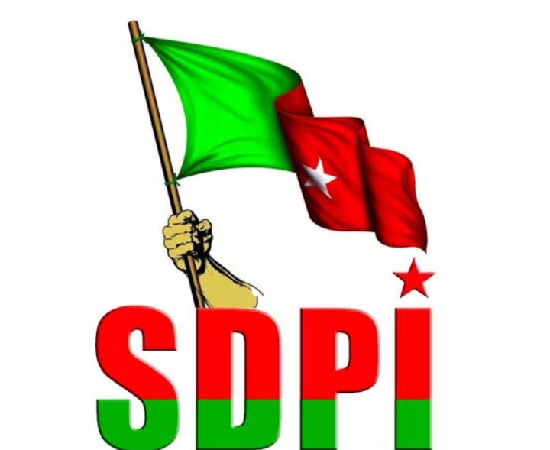 Mangaluru, July 30: The Social Democratic Party of India has condemned the move by the state government to drop a lesson on legendary Mysuru rulers Hyder Ali and Tipu Sultan from the class 7 textbook.

The Department of Public Instruction has omitted the chapter from the textbooks of Class 7 in their attempt to reduce syllabus for state board schools by 30 per cent.

The department, however, has decided to retain similar chapters on Tipu Sultan in 6th and 10th Classes, though the syllabus in text books for all classes from 1 to 10th has been trimmed.

In a media release statement, SDPI State President Ilyas Mohammed Thumbe termed the move as communally motivated. “By dropping the lesson, the BJP-led government is engaged in saffronisation of education,” he alleged.

He said that Tipu was the most prominent freedom fighter, who had given priority to irrigation, rocket technology and harmony. The BJP government is also planning to scrap lessons on the Constitution, secularism and democracy. By twisting history, the BJP is trying to mislead the younger generation, he added.