Jarkiholi will quit Congress, he has sympathy towards Opposition: Poojary 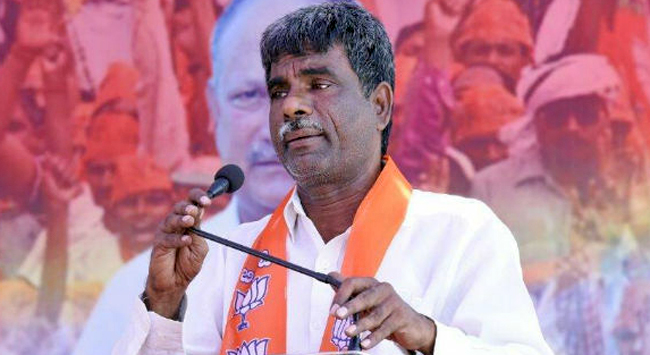 "Those in the cabinet mentally away from the government naturally have sympathy towards the opposition," he said.

Speaking to reporters on Wednesday, Poojary said, he would not predict that minister Jarkiholi is going to join Bharatiya Janata Party (BJP), but expect him to quit the Congress party.

Reacting to statement by Congress leader and MLA Satish Jarkiholi that 7 to 8 Congress MLAs were inclined towards joining BJP, Poojary said, it was true.

"Congress-JD(S) coalition government has not taken off, hence its performance cannot be evaluated. Marks if given to the government will indicate that the teachers were poor. Ministers were not coming out of Vidhan Soudha, while some of the district in-charge ministers were confined to their assembly constituencies and weren’t resolving people’s grievances," he said.

Poojary said, chief minister and ministers weren’t discharging their duties and Congress was not allowing the chief minister to work. "MLAs in the coalition are disturbed and such if support BJP we could form the government. After the winter session of the state legislature, coalition government will survive on what basis needs to be seen," he added.

Jarkiholi will quit Congress, he has sympathy towards Opposition: Poojary

Jarkiholi is such a bourgeois.. thats why he shows sympathy towards BJP

He is mentally inclined to money. His business and attitude towards workers shows the same