Mangaluru: Man arrested for raping his maid, filming the act

Mangaluru, Jun 17: A 42-year-old man has been arrested by the police on charge of sexually assaulting his own maid several times and filming the act. 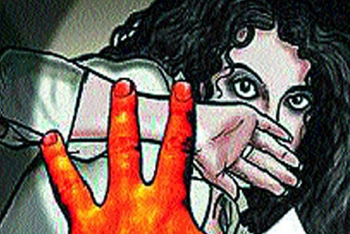 The accused has been identified as Ravi a local resident. The victim, who belongs to a scheduled caste, was working as a maid for him for last seven years.

According to the complainant, Ravi not only sexually assaulted her many times, but also physically abused the woman. He even used to administer her sleeping pills, and then sexually assault her and film the act.

Ravi threatened to upload the videos online, if she refused his sexual advances. The complainant also alleged that he recently impregnated her, due to which she had to undergo an abortion.

Based on her complaint, the accused was arrested and remanded in judicial custody.

Mangaluru: Man arrested for raping his maid, filming the act

The best punish for such animals will be either hanging or life imprioson with hard labour and also heavy penalty.    All the property of this animal should be transferredin the name of the maid.