Chennai/New Delhi, Jan 14: India's annual electricity demand in 2019 grew at its slowest pace in six years with December marking a fifth straight month of decline, government data showed, amid a broader economic slowdown that led to a drop in sales of everything from cars to cookies and also to factories cutting jobs. 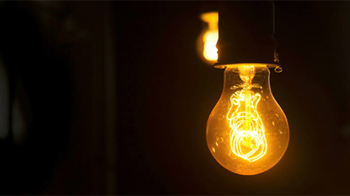 Electricity demand is seen as an important indicator of industrial output in the country and a sustained decline could mean a further slowdown in the economy.

India's power demand grew at 1.1% in 2019, data from the Central Electricity Authority showed, the slowest pace of growth since a 1% uptick seen in 2013. The power demand growth slowdown in 2013 was preceded by three strong years of consumption growth of 8% or more.

In December, the country's power demand fell 0.5% from the year-earlier period, representing the fifth straight month of decline, compared with a 4.3% fall in November.

But in India's western states of Maharashtra and Gujarat, two of India's most industrialised provinces, monthly demand increased.

In October, power demand had fallen 13.2% from a year earlier, its steepest monthly decline in more than 12 years, as a slowdown in Asia's third-largest economy deepened.

Industry accounts for more than two-fifths of India's annual electricity consumption, while homes account for nearly a fourth and agriculture more than a sixth.

The slower demand growth is a blow for many debt-laden power producers, who are facing financial stress and are owed over $11 billion by state-run distribution companies.

The government has estimated growth in the current financial year that runs through to March will be the slowest since the 2008 global crisis.

"This reflects overall economic slowdown, because if you look at other high frequency data like diesel consumption, everywhere you are seeing contraction," Rupa Rege Nitsure, chief economist at L&T Financial Holdings.

But India's central bank will not have much scope to cut rates to stimulate the economy because inflation has been rising sharply and reached 7.35% in December compared with 1.97% in January last year.

Economists say India's growth will continue to hover around 4.5% levels in the Oct-Dec quarter.

"In the Oct-Dec quarter as well growth (GDP) will be around the same level as July-September. My estimate for the full year is around 4.7% growth," Nitsure said.

Rahul to PM Modi: 2,426 companies looted Rs 1.47 lakh crore from banks; will you allow them to flee like Nirav Modi?

New Delhi, Jul 20: Alleging that 2,426 companies have "looted" people's savings to the tune of Rs 1.47 lakh crore from banks, Congress leader Rahul Gandhi has asked if the Prime Minister Narendra Modi led government will conduct a probe into it to punish those guilty.

"2,426 companies looted 1.47 lakh crore rupees of people's savings from banks. Will this government investigate this loot and punish the culprits?" Gandhi said on Twitter, without elaborating.

"Or will it allow them to flee like Nirav and Lalit Modi?" he asked.

Gandhi's attack came after media reports claimed that the All India Bank Employees Association (AIBEA) had released a list of 2,426 borrower accounts that have been categorised as “wilful defaulters” with dues amounting to Rs 1,47,350 crore to the banking system.

He is likely to meet those injured in the crash and their family members.

At least 17 people including two pilots have lost their lives in the incident. However, the four-cabin crew members are safe, said the Air India Express in a statement.

The injured are admitted to hospitals in Malappuram and Kozhikode, as per the state government officials.

Informing about his visit to Kozhikode, Muraleedharan tweeted: "Taking off to #Calicut by @airindiain
special flight. Hope to visit the crash site at the Calicut Airport and also meet those injured in the crash and their family members."

Muraleedharan on Friday expressed grief after an Air India Express plane carrying 190 passengers including 10 infants skidded while landing at Karipur Airport in Kozhikode.

"Deeply anguished to hear about the mishap in Calicut airport involving the flight from Dubai to Calicut. Was informed that the plane overshot the runway and seemingly nosedived," the Minister tweeted.

Thanks to Almighty the casuality was very less and maximum passengers survived.

While view History of National Carrier AirIndia Express with over shot crash landing repeated negligence All survive passengers and the bereaved family members stand together for a legal and fair investigation and action to prevent such incidents for the future.

Don't listen to any ministers comments they are with zero knowledge.

Be unite and stand together look for a aviation expert lawyer.

Now some crooks will open their law office near by airport or road side fir their commercial benefit.

Don't listen or hire them. There r only few a aviation experts/ law firms .

First find out and discuss .

And be carefull about Airlines legal adviser and with their so called Angels.

No doubt for Unity and Communal Harmony Kerala is always first and a role model to the world.

So be courage and stand together fir your legal rights.

The case should not go out of your hand.

Death toll in Munnar landslide reaches 43; another 35 are still missing

Munnar, Aug 9: Death toll in the Pettimudi landslide near Munnar reached 43 as 17 more bodies were recovered on Sunday, while around 35 are still missing.

Two specially trained sniffer dogs of Kerala police, including one of Belgian Malinois breed, was also used for tracking bodies inside the debris.

A Fire and Rescue Service personnel involved in the rescue was tested Covid-19 positive. Hence, a team of rescue workers were advised to go into quarantine.

Meanwhile, many parts of Kerala were flooded as rivers breached the banks. A youth drowned after his car was washed away at Kottayam district. Red alert has been issued at seven districts and orange alert in six districts. Kuttanad in Alappuzha, Tiruvalla and Aranmula in Pathanamthitta and Kottayam were flooded as water level of Pamba and Meenachal rivers rose.

At Kuttanad, many houses are almost under water. Massive destruction to agriculture was also caused. Minor landslides and landslips were reported from parts of Kasargod and Wayanad. But no major casualties were reported.

A high alert was issued at Rani area of Pathanamthitta as Pamba dam was opened. Around 20 boats were kept ready at Ranni for shifting people. At Aranamula in Pathanmathitta, scores of units involved in the making of traditional Aranmula mirror making, already shifted raw materials as they suffered massive damages in 2018.

Anticipating flood, many people already shifted to safer locations. Thousands of families were shifted to relief camps by rescue workers across the state.

Water level of all dams is also rising and is being monitored regularly. Kerala also sought Tamil Nadu's permission to take excess water from Mullaperiyar dam to Vaigai dam through tunnel.