Mangaluru, Dec 26: This morning of 26th December, 2019 as we looked towards the eastern sky, we saw a dance of shadows unfold with the sun and our moon lining up to make an Annular Solar Eclipse. For a small belt in South India, the eclipse was a beautiful annular (ring-shaped) one, since the Moon was not close enough to cover the Sun's face completely.

The solar eclipse was one last grand celestial event to go before we bid this year goodbye. The eclipse, which began at around 9.24 am saw sky watchers gazing at the sun wearing their solar eclipse glasses at the event conducted by CFAL.

The local event where members of the public were invited to register and watch the eclipse was conducted by CFAL, Bejai-Kapikad, Mangalore. Safe NASA certified Solar Glasses were provided and high-powered telescope was set up for the public to have a safe and great view. The event was live streamed on their youtube channel to assist people sit back and enjoy the celestial event from their comfort zones. Prathyush Poduval (Silver Medallist – International Olympiad on Astronomy and Astrophysics in IOAA 2018) and many other alumni of CFAL marked their presence at the program. CFAL has niched a name for itself in Mangalore as the leaders in preparing students for STEM related examinations and strives towards inculcating interest in basic sciences and encourages research and innovation in the field of Math and Science. 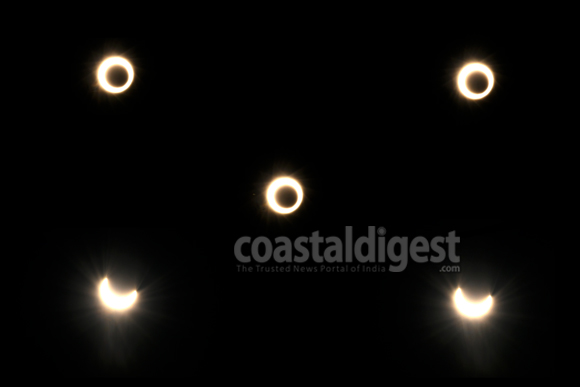 Mangaluru to Mumbai KSRTC bus service to resume from Sept 24

Mangaluru, Sept 23: The bus service, which had remained suspended between National Commercial Capital Mumbai and Port City since last five months due to Covid-19 threat, will begin from September 24 with the Karnataka State Road Transport Corporation (KSRTC) running the service to Mumbai via Pune.

To adhere to the Covid-19 guidelines, the passengers have to book the ticket online www.ksrtc.in or at the counter, according to a KSRTC release here on Wednesday.

Bengaluru, Sept 26: A nursing intern with a top hospital has filed a complaint against a neurosurgeon, accusing him of raping her in a hotel in the city.

Police said the alleged incident took place on July 15 and the 25-year-old victim filed a police complaint on September 19 as the hospital management allegedly failed to act on her complaint about the incident.

Police registered a case of rape, sexual harassment, criminal intimidation and cheating under IPC against the neurosurgeon.

“On July 15, he asked me to meet him outside the hospital; he gave me an address in Wilson Garden. He took me to a room, stripped and sexually abused me. Later, he promised to marry me, but tried to blackmail me for sexual favours. He harassed me with video calls and abusive messages,” the woman alleged. 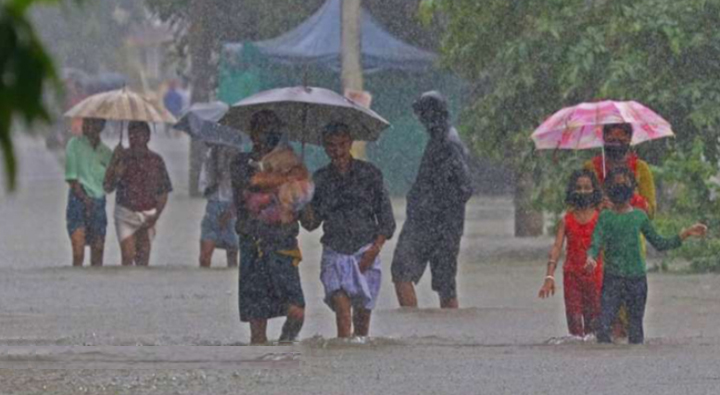 The weatherman said that a low-pressure area had formed over North East Bay of Bengal and Neighbourhood on Sunday morning.

A red alert is sounded for rainfall of over 20 cm while an orange alert is for 6 cm to 20 cm of rain.

As Muvattupuzha river is reaching flood level, banks of the river in Ernakulam and Kottayam districts are expected to be flooded,Ernakulam district officials said.

Authorities have directed the panchayats and municipalities through which the river flows to issue necessary warnings.

No one was injured in the localised weather event which occurred in Edathala panchayat, police said.

The State Disaster Management Authority has banned fishing for the next 48 hours startingfrom Sunday morning.

Three units of the National Disaster Response Force have reached Kerala and have been deployed in Wayanad, Malappuram and Thrissur districts.

Already there are two teams in Idukki and Kozhikode districts.

Fishermen have been warned not to put out to sea as strong winds with speed reaching 45-55 kmph are likely to prevail along and off Kerala, Karnataka coasts and over Lakshadweep area.

A landslide triggered by heavy rains in the hilly district of Idukki on August 7 had flattened a row of dwelling units of tea estate workers at Pettimudi in Rajamalai claiming 66 lives.