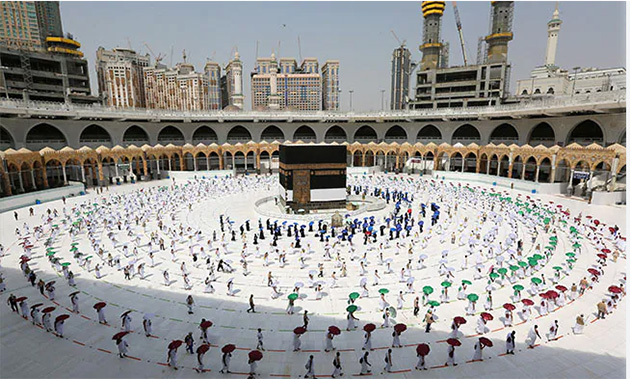 Riyadh, Jan 10: Saudi Arabia will not impose limits on the number of pilgrims for this year's Haj, a Saudi minister said Monday, after three years of restrictions to curb the Covid-19 pandemic.

"The number of pilgrims will return to what it was before the pandemic, without any age limit," Minister of Haj and Umrah Tawfiq Al Rabiah told reporters in Riyadh.

The pilgrimage – one of the five pillars of Islam, and which all able-bodied Muslims with the means are required to perform at least once – is scheduled for June.

In 2019, about 2.5 million people took part in the rituals. For the next two years numbers were drastically curtailed due to the pandemic.

At that time, they had to be aged under 65, as well as have a vaccination against Covid-19 and present a negative test. 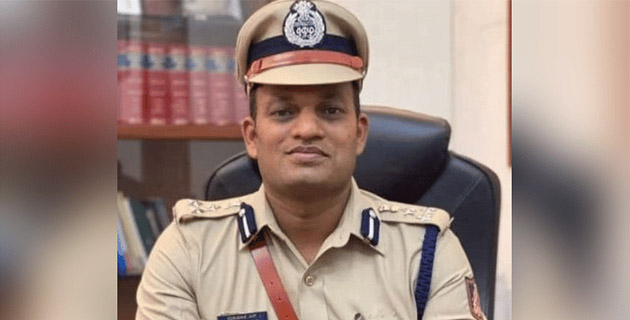 Police sources said the banners, put up by Vishwa Hindu Parishad and Bajrang Dal, were removed on Thursday. The fair started on January 15 and will end on January 21.

The banners put up by right wing outfits were seen on Thursday which mentioned the cooker blast and alleged that the primary target of the accused in the case was the Kadri Manjunatha temple.

The banner also said people with such a mindset and those who opposed idol worship cannot engage in trade and business during the fair near the place of worship. The banners also stated that only traders who believed in the rituals and ceremonies of the Hindu religion will be allowed to continue with their trade and business.

The temple administration which falls under the Religious Endowment department did not approve of the banner that was put up in the vicinity of the temple fair. The police removed the banners with a view to maintaining peace and harmony. No complaints have been filed so far in this connection, police said. 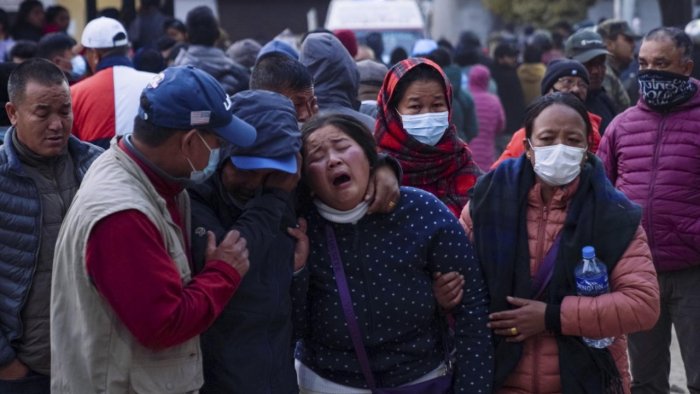 Kathmandu, Jan 16: Nepal observed a day of mourning on Monday for the victims of the nation's deadliest aviation disaster in three decades, with 68 people confirmed killed in the plane crash.

The Yeti Airlines ATR 72 plummeted into a steep gorge, smashed into pieces and burst into flames with 72 people on board as it approached the central city of Pokhara on Sunday, police said.

Soldiers used ropes and stretchers to retrieve bodies from the 300-metre (1,000-foot) deep ravine late into the night, with recovery efforts set to resume on Monday.

"We have so far sent 63 bodies to the hospital," said police officer AK Chhetri on Monday.

"Due to fog, the search has been paused. We will continue the search after one or two hours when the weather clears."

There was no word on the fate of the five people still unaccounted for.

Debris from the twin-engine turboprop airliner was strewn across the crash site, including the mangled remains of its wings and passenger seats.

Rescue workers were rushed there after the crash, and tried to put out the raging fires that were sending thick black smoke into the sky.

There were 15 foreigners on board, including five Indians, four Russians, two South Koreans, and one passenger each from Argentina, Australia, France and Ireland, Yeti spokesman Sudarshan Bartaula told AFP.

The rest were Nepalis.

"Incredibly sad news out of Nepal of a plane crashing with many passengers on board," Australian Prime Minister Anthony Albanese said Monday, adding that his government was seeking information about the Australian national on board.

The ATR 72 was on a flight from the capital Kathmandu and plunged into the gorge between Pokhara's brand-new international airport and the old domestic one shortly before 11 am (0515 GMT) on Sunday.

"I was walking when I heard a loud blast, like a bomb went off," said witness Arun Tamu, 44, who was around 500 metres away and who livestreamed video of the blazing wreckage on social media.

"A few of us rushed to see if we can rescue anybody. I saw at least two women were breathing. The fire was getting very intense and it made it difficult for us to approach closer," the former soldier told AFP.

It was unclear if anyone on the ground was injured.

"Our first thoughts are with all the individuals affected by this," the plane's France-based manufacturer ATR said in a statement on Sunday.

"ATR specialists are fully engaged to support both the investigation and the customer."

But it has been plagued by poor safety due to insufficient training and maintenance. The European Union has banned all Nepali carriers from its airspace over safety concerns.

Nepal also has some of the world's most remote and trickiest runways, flanked by snow-capped peaks with approaches that pose a challenge for even accomplished pilots.

The weather is also notoriously capricious and hard to forecast, particularly in the mountains, where thick fog can suddenly obscure whole mountains from view.

Nepal's deadliest aviation accident was in 1992, when all 167 people on a Pakistan International Airlines jet died when it crashed on approach to Kathmandu.