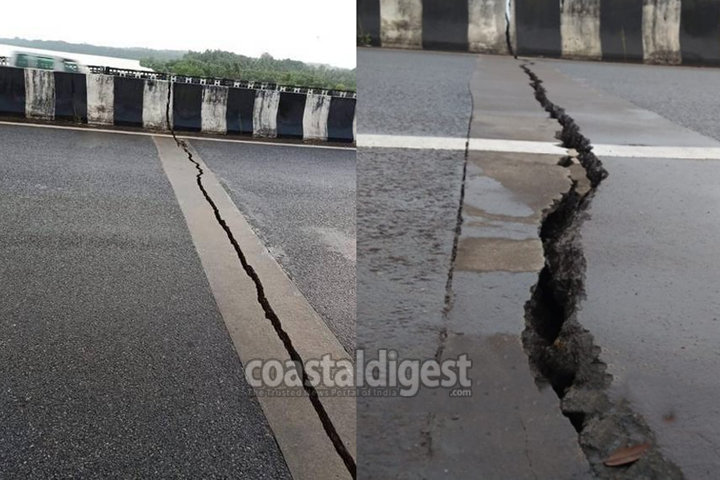 Udupi, Sept 26: A huge crack has appeared on the newly built bridge across River Souparnika at Arate village in Kundapur taluk of Udupi. According to eyewitnesses, broken steel rods were visible through the gap.

“Kundapura police restricted vehicular movement on the new bridge (carriageway from Karwar to Udupi) and diverted the vehicles on the old bridge at Arate-Hosadu,” said Police Inspector Gopikrishna.

The nearly 1-km-long bridge was built during the four-lane work of national highway 66 between Kundapura and Goa border.

IRB West Coast Tollway Pvt. Ltd., a subsidiary of IRB Infrastructure that undertook the project in 2014 on BOOT basis, is yet to complete the four-lane work.

Residents along the highway stretch had been alleging substandard work in the execution of the project from the very beginning.

It was in 2011 that the National Highway Authority of India (NHAI) proposed the widening and upgrading of the existing NH 17 (renaming it as NH-66). It was meant to reduce traffic, fuel consumption and accidents, and save time.

It was also claimed that the construction of the highway would bring development in all areas it passed through and led to economic growth of the region. 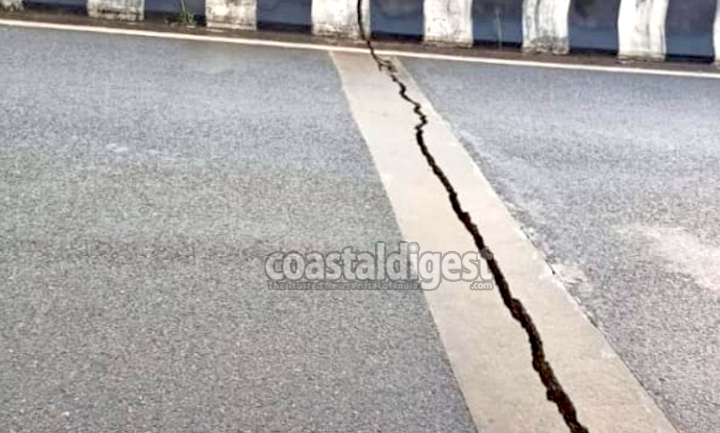 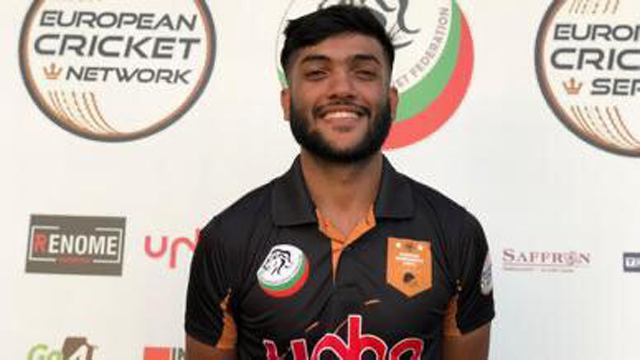 Udupi, Oct 26: Kevin Chris D’Souza, a 22-year-old student earned the title 'Master Blaster' as he played for the cricket team of the Medical University of Sophia, Bulgaria, in the European T10 cricket league tournament series hosted by European Cricket Network (ECN). In the T10 innings that he played, he scored a total of 198 runs comprising of 19 sixes and 9 fours. He being a top order batsman, which is where he was announced the 'Master Blaster', a prestigious milestone indeed, in his newly begun career as a cricketer.

The highlight of his career is the recognition he got from the Bulgarian National Cricket team selectors after they witnessed his live performance at the European T10 cricket league tournament which was flawless, authentic and par excellence. He was almost instantly absorbed into the national cricket team of Bulgaria which played Malta in a 4-match T20 series late September. In views of the formalities to be followed, he made his debut for Bulgarian national cricket team on September 23 this year against Malta, this being the qualifier series for the ICC world cup T20 tournament in Europe.

Kevin was born on September 16, 1998, in Kuwait to Norbert D’Souza and Clera Noronha who hail from Udyavara/Pithrodi (Udupi) respectively. He draws appreciation from his loving elder sister Nicole D’Souza, who is currently single and working in the United Kingdom (UK).

Kevin received his early education from United Indian School, Kuwait, where he acquired his higher secondary education certificate with a very good percentage and thereby qualified for his further studies in medicine at the Medical University of Sofia, Bulgaria.

During his school years, this young and handsome yet shy and quiet teenager attracted a lot of attention and was recognized as an enthusiastic and enterprising sportsman. He represented the school in basketball and football and won many trophies and medals for the school and himself. Along with sports, he excelled in his academic performance too. When he went to Bulgaria, he joined the university cricket team and pursued his passion for cricket, thus paving his way to the beginning of a glorious career in cricket. He has played for many minor teams in the past couple of years, but mainly played for the Medical University team of Sofia, Bulgaria, and made two appearances for the Bulgarian national team.

Kevin is a right hand batsman and his bowling style is right arm medium. He leaves the audience awestruck and mesmerized with an open gaping mouth as he blasts the ball and hits the sixes right through the air past the boundary. 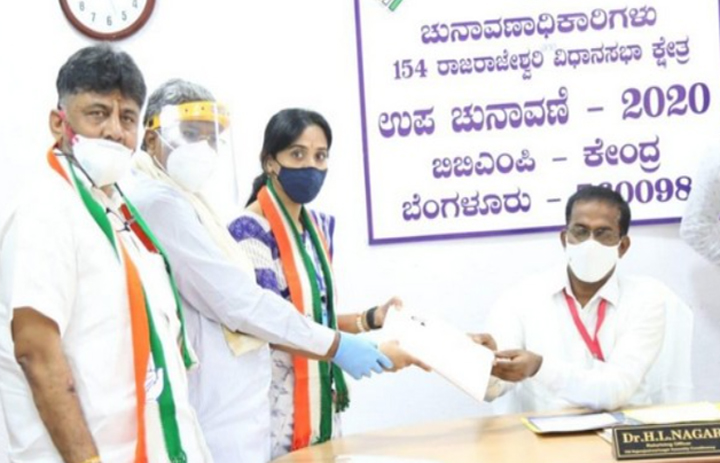 Bengaluru, Oct 15: Congress candidate Kusuma H filed her nomination for the by-election to the legislative assembly constituency of Rajarajeshwarinagar (RR Nagar) on Wednesday.

The state president of Congress DK Shivakumar and party leader Siddaramaiah joined Kusuma for the nomination.

Byelections have been necessitated after existing MLA N Munirathna for RR Nagar defected to the BJP from the Congress leaving the legislative assembly seat vacant. However, the legislative seat in Sira was vacated following the death of JD (S) MLA B Sathyanarayana on August 5.

Rajarajeshwari Nagar along with Sira in Tumakuru district will go for the by-election on November 3.

The Election Commission has said that the guidelines issued by it in connection with the COVID-19 pandemic are to be followed strictly during the by-polls. 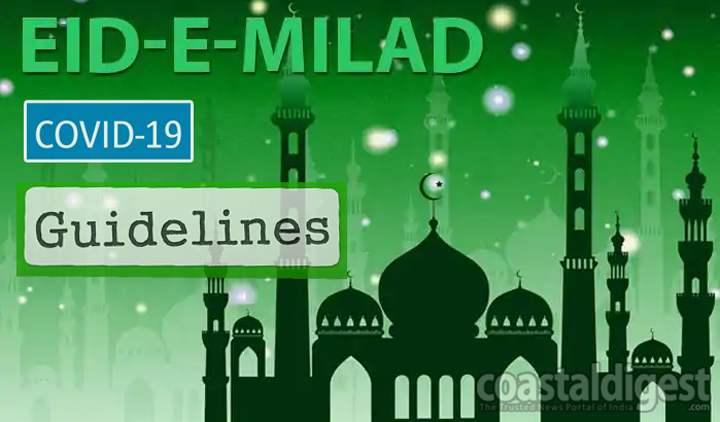