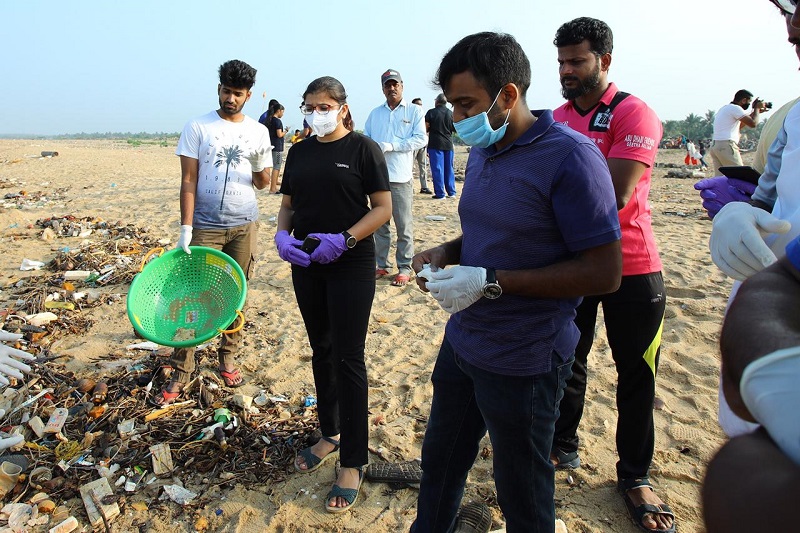 Mangaluru, Jan 17: In view of creating awareness to restore the beauty of beaches in Mangaluru, like minded organizations congregated at Bengre Beach for a Bengre Super Sunday on 17th January.

The event was conceptualized and organised with a view to create awareness among the various stake-holders of Mangaluru about the situation of our beaches which are suffering due to rampant littering across Mangaluru.

Inaugurating the event, Akshay Shridhar, IAS, Commissioner, Mangalore City Corporation, congratulated the organizers for envisaging such a programme and expressed the need to stop littering at the source itself.

Chief Guest, B.M. Prasad, Commandant, 7th Battalion, Karnataka State Reserve Police. He along with his team of Reserve Police demonstrated a disciplined and energetic show of fitness regimen. He also spoke on the need of the hour being cleanliness and commended the efforts of the team BoskyOrb who were committed to cleaning Bengre Beach.

The Guest of Honour for the event Ms. Mona Roat, IAS Probationer 2019 Batch, voiced her concerns on the issue and remarked that cleanliness should be inculcated as a habit.

The Bengre Beach has been methodically and diligently cleaned on a regular basis by a group of about 20 girls from the Bengre area. This was 92nd consecutive day of continued cleanup. The team was honoured for their hard work and commitment.

Also gracing the occasion was Raghuveer Souterpete, District Officer, Ministry of Sports and Youth Affairs, who spoke on the need for reducing the creation of wastage and litter in our beautiful city of Mangalore and to help keep our city clean and green. The event was compered by Mithun Kakunje, President, Mangalore Surf Club.

The event was planned and led by  Raghuveer Souterpet, District  Youth Officer, Nehru Yuva Kendra, who brought together Team BoskyOrb (a team of youth who undertake beach cleanups from past 92 days ), Mangalore Surf Club (a surf school which teaches surfing and in addition has conducted multiple beach cleanups), Zuese Fitness who conducted fitness activities, We R Cycling and Mangalore Cycling Club who came Cycling up to the venue, Abhisaran a Non-Profit Organization which has been conducting CPR workshops, Surf Life Saving India who also conduct CPR Training among others.

In addition about 100 members of the KSRP attended the event. All of these organizations got together with about 400 members in total combined strength and took part in the cleanup drive. 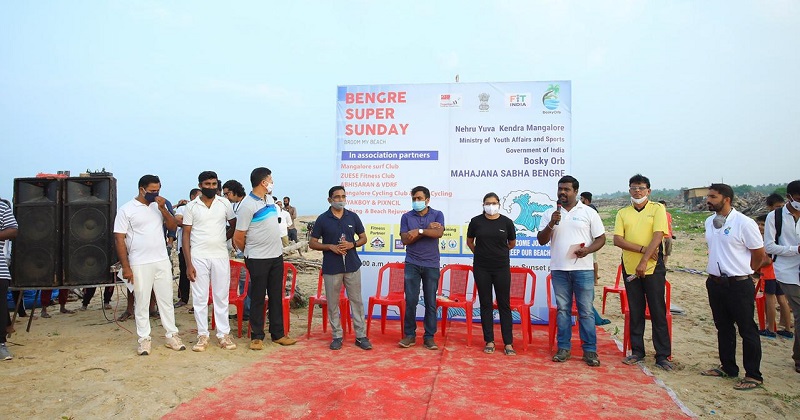 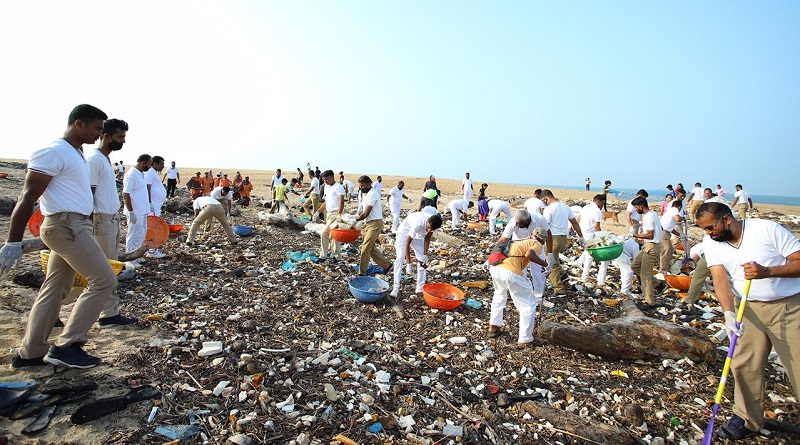 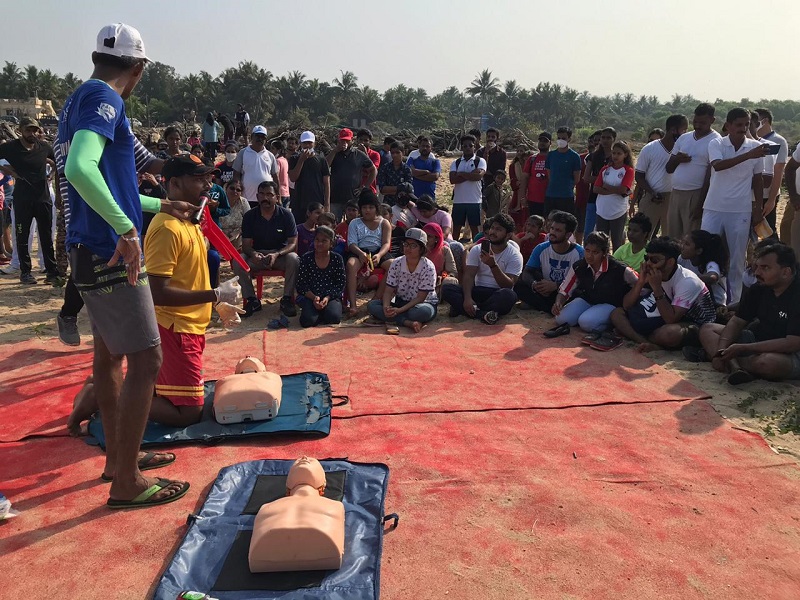 Addressing mediapersons after a series of meetings with legal experts and concerned officials along with Major and Medium Irrigation Minister Ramesh Jarakiholi here, Bommai asserted that Tamil Nadu's inter-linking river project is against the interests of Karnataka, and the state government will oppose it strongly in all fora.

"Tamil Nadu is trying to utilise surplus 45 Tmcft of water. This is against Karnataka's interest. As there is no legal provision to utilise this surplus water, hence Tamil Nadu's project itself is illegally conceived," he said.
He added that surplus water has not been shared between the states officially or legally, so taking up the project in such a situation is not right.

"This project is not in accordance with the Interstate River Water Disputes Act. According to the Act, surplus water should also be adjudicated and the tribunal has to decide on it. So this project is against the law. Therefore, this is a fit case to oppose in the apex court," Bommai said.

He alleged that it has been proved beyond doubt in many cases in the past that Tamil Nadu has been acting in a prejudiced manner for over 400 years.

Bommai further alleged that Tamil Nadu had started the Hogenakkal project without taking any permission, and now they have launched the Cauvery-Vellaru-Vaigai-Gundar linking project.

"Surplus water needs to be shared between the states, this is the fundamental principle. Whatever they are doing is against this principle, as they are indicating their claim over surplus water. We strongly oppose and condemn this and have decided to fight it legally," he said.

The minister further said that Tamil Nadu had objected when Karnataka sought allocation for a drinking water project for Bengaluru, besides opposing several projects in the Cauvery basin, including plans to modernise or repair a 300-400 year-old dam and carry out modernisation of canal projects that are in bad condition.

Rebutting both the opposition parties' allegations, Bommai said that there was no delay in taking action against the Tamil Nadu project. "Where is the question of going soft on Tamil Nadu? Protecting our state's interests is paramount for us. They may have elections or some other compulsions, but that cannot come in the way of protecting our interests. Opposition parties are levelling baseless allegations," he said. 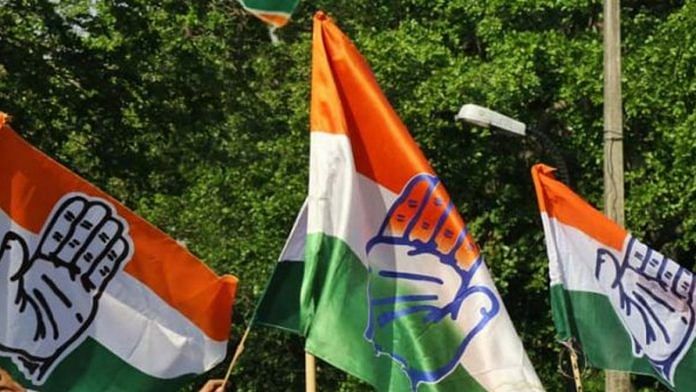 New Delhi, Mar 1: Just as Prime Minister Narendra Modi took his first shot of COVID vaccine on Monday, opposition Congress took a jab at him saying with the LPG price hike, the public too got another injection of rising prices on everyday commodity.

"Janta gets another 'injection dose' of Price Rise from BJP," Jaiveer Shergill said in a tweet as cylinder price once again rises by Rs 25 making it the sixth consecutive rise in 2 months (cooking gas cylinder price rose by Rs 225 over past two months).

The price of the domestic use cylinder was last week hiked by Rs 25 on Thursday, the third increase in the month of February itself, taking its price Rs 794 a cylinder in Delhi.

While the practice of weekly or fortnightly price revision of cooking gas is normally done for non-subsidised cylinders, this year oil companies shave maintained almost equal increase in price of subsidised LPG cylinders as well.

This has equated its price with market prices of cooking gas and thus helping the government to completely eliminate direct benefit transfer (DBT) extended to cooking gas consumers.

Karnataka: MLA removes shirt during assembly session to protest against BJP, gets suspended for a week

Bengaluru, Mar 4: Congress leader and MLA B K Sangamesh has been suspended from the Karnataka Legislative Assembly for one week after he removed his shirt in protest during the session today.

Sangamesh, who represents Bhadravathi constituency, will not be allowed to attend the Assembly till March 12.

This happened when Congress MLAs were staging a protest in the well of the House against Speaker Vishweshwar Hegde Kageri’s decision to hold a special discussion on ‘One Nation, One Election’.

Sangamesh removed his shirt while he was in the well of the House, angering the Speaker. “What is this? Are you on the streets? Get proper or I’ll have you thrown out. What you’re doing is an insult to the people of Bhadravathi who have elected you,” Kageri screamed.

Congress’ DK Shivakumar and JN Ganesh rushed towards Sangamesh and made him put his shirt back on.

Law Minister Basavaraj Bommai then moved a motion to suspend Sangamesh till March 12 for “indecent and disrespectful behaviour.” The motion was passed on a voice vote.

Speaking to reporters, Sangamesh said he wanted to draw the Speaker’s attention to how the BJP was allegedly targeting him and his family with false cases.

“The BJP has been losing election after election in Bhadravathi. They’ve not been able to win even local body elections. So, they’re attempting to divide people on communal lines just like what they did in the coastal region. My family and I are being targeted with false cases of attempt to murder and committing atrocities,” he said.