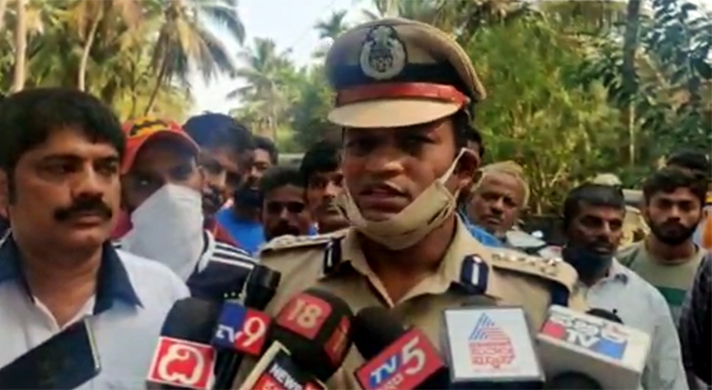 74.02 per cent polling registered in Kerala

Thiruvananthapuram: Brisk polling, which was "absolutely peaceful", was witnessed in the fiercely fought Kerala Assembly election on Tuesday with a 74.02 per cent voter turnout, even as minor skirmishes and allegations of bogus voting were reported from a few places.

Kerala has an electorate of 2.74 crore and 957 candidates were in the fray. Even as the state witnessed heavy footfall of voters in the earlier half of the day, incessant rains in central Kerala showed a dip in polling percentage.

The political fronts-- the ruling Left Democratic Front, UDF and BJP-led NDA have claimed that this election will be 'crucial' and a 'turning point" for the southern state, which Vijayan had earlier described as the last fort of secularism.

The massive election exercise involving over two lakh polling officers began at 7 AM, adhering to strict COVID-19 health protocol and was extended by one hour to 7 PM for the COVID patients and those in quarantine.

To ensure smooth polling, central forces were deployed in 549 critical location booths and 433 vulnerable polling booths in the state

In the 2016 Assembly elections, LDF rode to power with 91 seats, while UDF garnered 47. BJP got one seat while an independent, P C George, won.

Jeddah, Apr 5: Saudi Arabia’s critical COVID-19 cases have risen in the past few weeks, prompting calls from relevant authorities for the public to adhere to measures designed to limit the spread of the virus.

At a press conference on Sunday, Interior Ministry spokesman Lt. Col. Talal Al-Shalhoub said the “unfortunate rise in daily cases” is due to “individuals who have been lax in following precautionary measures.” He added: “Each violation adds to the frightening rise in numbers.”

Al-Shalhoub warned that field inspectors in coordination with relevant authorities will remain vigilant, and will issue fines and closures when necessary.

He issued a reminder that infected individuals could be fined up to SR200,000 (Rs 40 lakh), jailed for up to two years, or both, if they violate quarantine measures.

Those spreading misinformation about COVID-19 on social media face fines from SR100,000 to SR1 million, jail time of no less than a year and no more than five, or both.

Last week, 27,083 violations were reported, 32 percent of them in the Riyadh region.

“Authorities noted a drastic increase in daily cases in the past two days, most of which were reported in … Riyadh, Jeddah and the Eastern Province. The numbers we’re recording today are the same that were reported last year,” he added.

“We all remember, painfully, the various leaps in numbers that led to stricter measures. Will we repeat last year’s scenario and reach last year’s peak?”

Al-Abd Al-Aly reminded the public of the importance of adhering to the rules. “Many sacrifices and painful moments were seen and felt in this journey, strict measures and procedures to control the spread — there’s more left to do,” he said. “We surely don’t want to repeat the sacrifices again.”

Regarding the newest update on the Health Ministry’s Tawakkalna app, he said three new icons will show users’ immunization status: Immune (user received both vaccine doses), immune recovered (user recovered from COVID-19 but has not received the vaccine), and immunized with first dose.

Almost 5 million COVID-19 vaccine doses have been administered across the Kingdom, at a rate of 124,158 doses per day as of Sunday. More than 14.3 percent of the population has been inoculated so far.

On Sunday, 673 new cases were reported, raising the total number of those infected to 392,682. 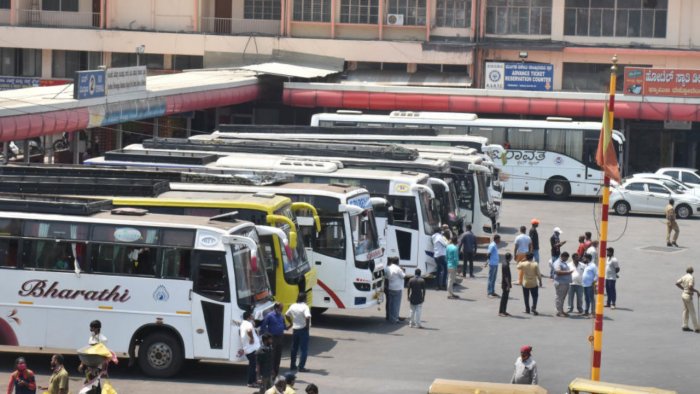 However, in a positive sign, about 100 RTC buses were operated by regular crew members. Accordingly, 54 buses of NEKRTC, 38 buses of KSRTC, 28 of BMTC and 14 of NEKRTC were operated by the regular crew. About 300 employees, mostly trainees, have been attending work for fear of disciplinary action. While these employees can't fill in for the 1.3 lakh on strike, officials expect more to return to work.

The private buses and maxi cabs deployed as an alternative to BMTC saw a larger number of riders compared to the poor response on Wednesday while the Namma Metro stations witnessed more passengers during the peak hours in the morning.

KSRTC Managing Director Shivayogi C Kalasad said at least 500 buses will cater to the needs of the interstate passengers. These buses, both from corporations and private players in Tamil Nadu, Andhra Pradesh and Telangana, will help the commuters during the festive rush. The bus connectivity with Kerala and Maharashtra will continue to be affected due to Covid-19 restrictions.