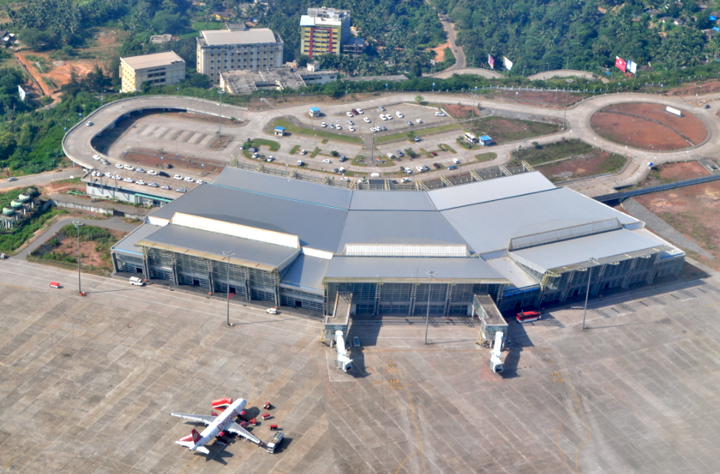 New Delhi, Sep 17: The Supreme Court on Wednesday sought response from the Directorate General of Civil Aviation (DGCA) and the Ministry of Civil Aviation on a plea claiming there was a deliberate omission for years to install Engineered Materials Arrestor System (EMAS) at airports, which prevent aircraft from overshooting runways at vulnerable airports such as Mangaluru and Kozhikode.

A bench headed by Chief Justice S.A. Bobde has issued a notice to the ministry and DGCA on a plea filed by a Delhi resident Rajen Mehta, an 85-year-old retired engineer.

The plea has been filed through advocate Shohit Chaudhry. It seeks installation of EMAS at the airports considered vulnerable.

The plea also cited the accidents of August 7 at Calicut International Airport and May 22, 2010 at Mangalore.

Both these airports have table-top runways. The petitioner contended that if EMAS were to be installed, it could have helped in averting the plane crash.

"The existence of EMAS was brought to the knowledge of the Airport Authority of India (AAI) and the respondents (DGCA and Civil Aviation Ministry) in 2008. However, for no plausible reason, it has not been installed till date," said the plea.

The petitioner argued that the aviation industry has seen two horrific incidents in Mangalore and Calicut causing loss of hundreds of lives, which could have been saved by the timely action of the authorities concerned.

The plea pointed out that EMAS has been installed at 125 airports across the globe. The petitioner also sought an inquiry into delay in installation of EMAS, despite prior knowledge on the airports which are vulnerable, and insisted that criminal action should be taken against those responsible.

"On May 22, 2010, a Boeing 737-800 passenger jet operating Air India Express Flight 812 from Dubai to Mangalore crashed on landing at Mangalore Airport, resulting in the death of 158 persons," said the plea.

The petitioner said the EMAS system is an arrestor bed of crushable material, like concrete blocks, placed at the end of a runway to stop an aircraft from overshooting.

"In 2008, due to the extreme economic crisis, the Calicut (Kozhikode) EMAS project was put in abeyance," the petition said.

"The Court of Inquiry, probing the Mangaluru crash, had specifically recommended that EMAS like systems should be installed on the runway overshoot areas, especially for table-top airports. Yet, no action has been taken," it added. 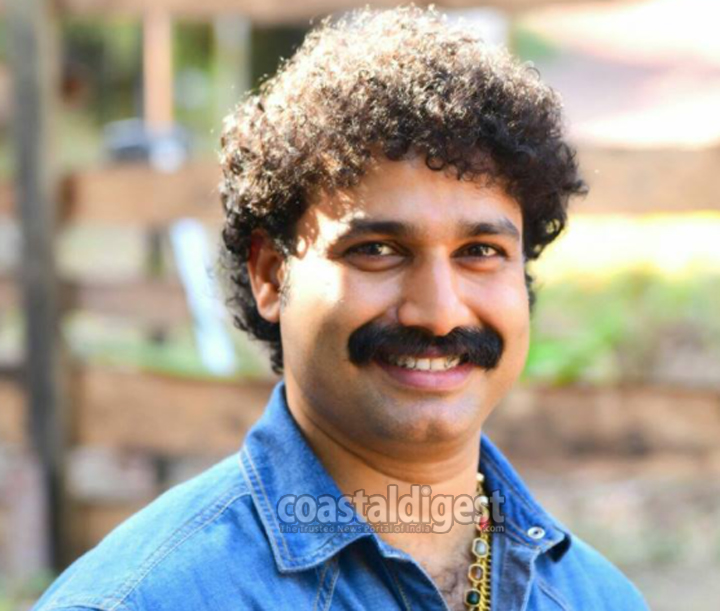 The incident came to light this afternoon. It is suspected that miscreants might have hacked him to death last night or this morning.

He had acted in Tulu movie ‘Chaali Polilu’. Police personnel rushed to the spot and undertook investigation.

He was a hardline Hindutva activist. However, due to personal differences with some leaders he had distanced himself from the Sangh Parivar.

In June 2018, he was arrested along with two others in a case of an attempt to murder three persons belonging to BJP in Baddakatte in Bantwal. 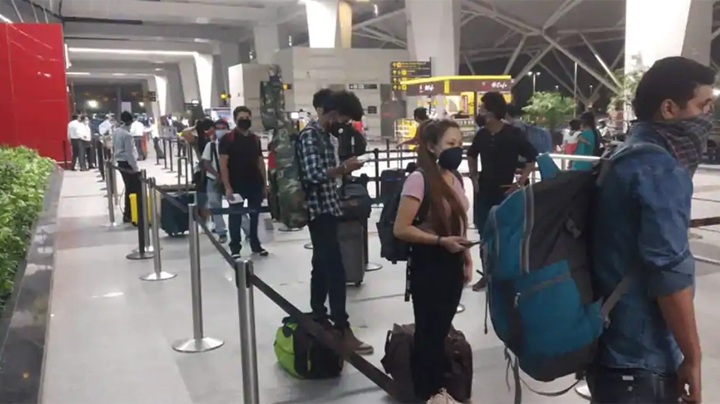 New Delhi, Oct 22: As Indian government has almost lifted all restrictions imposed earlier to contain Covid-19 pandemic, it has now decided to make a “graded relaxation in the visa and travel restrictions”.

Under the relief, the Ministry of Home Affairs (MHA) will now extend these relaxations for more categories of foreign nationals and Indian nationals who wish to enter or leave India.

This graded relaxation will restore with “immediate effect” all existing visas except electronic visa, tourist visa and medical visa.

Foreign nationals intending to visit India for medical treatment can now apply for a medical visa, including for their medical attendants.

This decision will enable foreign nationals to come to India for various purposes such as business, conferences, employment, studies, research and medical purposes — a move to kick start the economy and other sectors affected due to pandemic as restrictions were imposed on the visit of foreigners.

In view of the situation arising out of the Covid-19 pandemic, the Ministry had taken a series of steps to curtail the inward and outward movement of international passengers since February this year.

Therefore, the MHA — a nodal Ministry which has the authority to give visa and foreign travel approvals — has now decided to permit all Overseas Citizenship Of India (OCI) and Person of Indian Origin (PIO) card holders and all other foreign nationals intending to visit India for any purpose, except on a tourist visa to enter by air or water routes through authorised airports and seaport immigration check posts.

This includes flights operated under the Vande Bharat Mission, Air Transport Bubble arrangements or by any non scheduled commercial flights as allowed by the Ministry of Civil Aviation.

All such travellers will, however, have to strictly adhere to the guidelines of the Ministry of Health and Family Welfare (MoHF) regarding quarantine and other health and Covid-19 matters.

If the validity of such visas has expired, fresh visas of appropriate categories can be obtained from the Indian Missions or Posts concerned, the Ministry said. 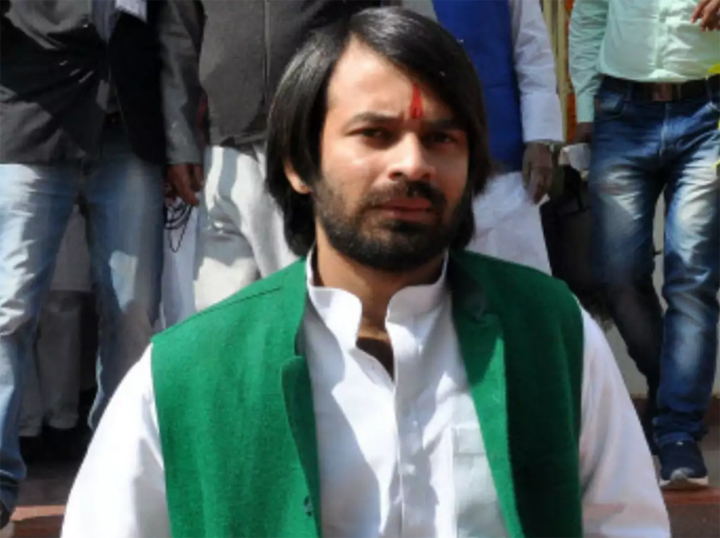 Hasanpur, Oct 31: He relinquished Mahua and shifted to "safe" seat of Hasanpur assembly segment, but the gamble seems tough for Lalu Prasad's elder son Tej Pratap Yadav who is pitted against a formidable JD(U) sitting legislator.

Hasanpur seat is located in the Samastipur district of Bihar but comes under the Khagaria Lok Sabha constituency.

Tej Pratap Yadav, who had plunged into electoral politics winning from Mahua assembly constituency in Vaishali district in 2015 elections, left it this time and chose to enter into the fray from the Hasanpur seat.

It is said in the political circles that he had to move out of Mahua because of the possibility of his estranged wife challenging him there in the election. Mahua is located near the Parsa assembly segment, a bastion of his wife Aishwarya Rai's father Chandrika Roy's family.

Tej Pratap and Aishwarya's marriage was in trouble within six months of them tying the nuptial knot in May 2018.

Their marital dispute case is pending with a Patna Family Court. The fear was not untrue, as Aishwarya is seen going to the people of the Parsa constituency and raking up "ill-treatment" meted out to her by Lalu Prasad's family and seeking justice for her.

But the outing to Hasanpur appears to be no cakewalk for Prasad's maverick son.

Though it is a Yadav-dominated constituency, Tej Pratap's principal rival Raj Kumar Rai of Chief Minister Nitish Kumar's party JD(U) who belongs to the same caste is holding the seat since 2010.

There are a total of eight candidates contesting for the seat which will go to vote in the second phase on November 3. The Janadhikar Party (JAP) of former Madhepura MP and an influential Yadav politician Rajesh Ranjan alias Pappu Yadav has also fielded his candidate Arjun Yadav for the seat.

Realising that the journey is arduous, Tej Pratap is working hard and leaving nothing to chance. He is campaigning in the constituency since the filing of nomination on October 13. The RJD leader is using all the trick up his sleeve to match the style of his charismatic politician father for a better connect with the voters.

He is seen playing cricket with the youngsters during campaigning, riding a tractor in a field, playing the flute and eating 'litti-chokha' (famous Bihari food) with the people.

Though the Yadav votes are the deciding factor, Muslims and other Backward castes like Kushwahas and Nishads (fishermen) also have a significant presence.