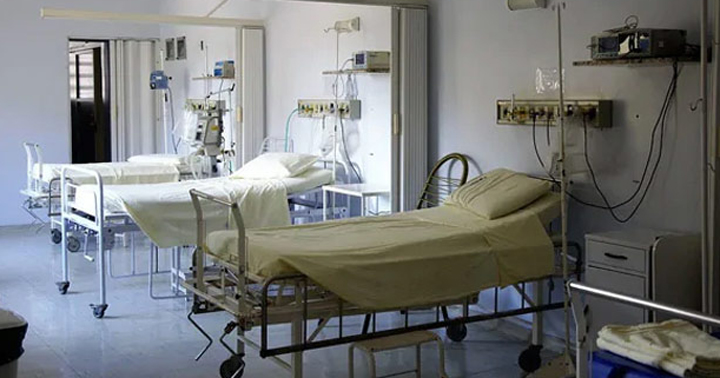 Udupi, Dec 1: Coastal district of Udupi, which was one of the hubs of covid-19 in Karnataka, has managed to bring the pandemic under control.

Deputy Commissioner G Jagadeesha told media persons that the covid positivity rate has drastically reduced from 25 per cent to 30 per cent in July to 1 per cent in November. The confirmed cases in August was 250 to 400 daily and but in November it was around 20.

He said presently there was no fear as the number seems to vary from low to slightly high. He attributed the variation in cases to the fact that many students were being tested daily. “The target is to test over 1,600 people but around 3,000 samples are being tested daily,” he said.

The previous death from the infection was reported on November 7. Symptomatic patients account for only 9 per cent. Among the active cases, 43 are in hospitals while 176 are in home isolation. He added that three were in ICU and one among them was on ventilator support.

As of now, 87 ICU beds are lying vacant. Mild cases are more and the recovery rate is 98.3 per cent. The number of infected per one million tested in the district is 1,87,277.

Emphasising on following Covid-19 guidelines, Jagadeesha regretted that public was behaving as if the pandemic was over. “It is sad that the awareness level has reduced drastically,” he lamented. The DC added that officials would have to pay for any negligence.

Mangaluru, Jan 8: As a precautionary measure to prevent the spread of H5N8 avian influenza, Deputy Commissioner K.V. Rajendra has issued a notification barring transportation of poultry from Kerala into Dakshina Kannada.

In a notification issued Dr Rajendra said that vehicles taking poultry from Dakshina Kannada to Kerala should be disinfected while re-entering the district after offloading material there.

Asking poultry farm managements to be vigilant, Dr. Rajendra said that the managers should ensure cleanliness of their premises. People should keep a close watch on birds in the sanctuary and also at water bodies. Veterinarians should regularly visit poultry farms in their areas.

In case of unnatural deaths of chicken and other birds, people should immediately report them to veterinary officials. The departments of Health and Family Welfare and Animal Husbandry have taken precautionary measures and there was no need for people to panic, he said.

The carcass of a crow suspected to have been infected by H5N8 avian influenza has been sent for tests at the South Regional Disease Diagnostic Laboratory (SRDDL) of the Institute of Animal Health and Veterinary Biologicals in Hebbal, Bengaluru.

According to sources, this crow was among the four found dead at Manjanady, which borders Kasaragod district of Kerala.

The Kerala Police team was led by Assistant Commissioner, Cantonment, Thiruvananthapuram, Suneesh Babu.
"We questioned Ravi Pujari at Victoria Hospital, where he is lodged currently. The case pertains to threatening Congress leader Ramesh Chennithala over the phone in 2016. The investigation is underway," Suneesh Babu told ANI.

It is learned that the underworld don denied any role in threatening Chennithala, who was also former Home Minister of Kerala.

It's not the first time, Ravi Pujari is coming on the radar of Kerala police. In an incident in Kochi, his gang had allegedly tried to extort money from actress Leena Maria Paul, who was running a beauty parlour. Two persons had fired bullets in the incident that took place in 2018.