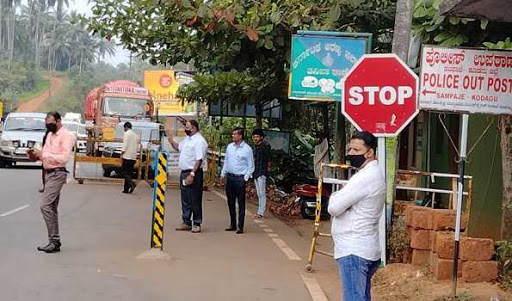 Mangaluru, Feb 22: Amid rising cases in neighbouring Kerala, authorities in Karnataka have decided to close 13 points of entry located in Wayanad and Kasaragod district in Kerala.

A long queue of vehicles was seen at the Talapady checkpost since Monday morning as officials have initiated the process of screening travellers from Kerala who enter Dakshina Kannada through the check-post.

Senior officials including District Health Officer, Tahsildar and police officials are at the spot.

All vehicles entering Mangaluru from Kerala are stopped and Covid reports of the people concerned are verified. Covid negative reports not older than 72 hours is mandatory for those entering the district from Kerala.

The measure has been taken in the wake of a spike in Covid cases in Kerala in the recent past. All inter-state borders with Kerala are closed except the borders at Talapady, Nettanige Mudnuru, Saradka in Bantwal, Menala in Puttur and Jalsur in Sullia.

Meanwhile people living along the border areas in the district are protesting against the inconvenience caused to them.

This has come as a jolt for Kerala residents living in these border areas as the open borders provide a huge succour to the people living on either side. They move freely for various needs, especially the farming community who regularly move from Kerala to engage in such activities on the lands they either own or take on lease in Karnataka.

According to travellers, Karnataka is insisting on negative RT-PCR covid test results. While Kerala has called the move unwarranted, Karnakata authorities say it is a necessary one.

Bengaluru, Feb 18: The bypoll to the Karnataka Legislative Council seat which fell vacant due to the death of Council deputy speaker S L Dharmegowda will take place on March 15, the Election Commission said on Thursday.

According to the ECI order, notification for the bypoll will be issued on February 25 and the last date of filing nominations is March 4.

The last date for withdrawal is March 8.

The Commission said the election process should conclude before March 18.

It also said the election will take place as per Covid-19 safety guidelines including wearing of face masks and using sanitisers.

Dharmegowda, the 64-year-old JD(S) MLC, was found dead on a rail track in Chikkamagaluru district of Karnataka in the early hours of December 29, with police sources claiming he died by suicide.

The late leader was at the centre of high drama in the legislative council on December 15, which saw BJP-JD(S) and Congress members hurling abuses and pushing each other over a row pertaining to a no-confidence motion against then Chairman K Pratapachandra Shetty.

During the ruckus, Dharmegowda, who was in the Chairman's seat, was pulled down by some Congress legislators who accused him of occupying the chair against the rules.

hi sir i am 16 years old boy.i am a right hand batsman com right off spinnner( and a medium fast bolwet) i had played many of tournment .i am intrested ssoooo plz contact me 9741576567 plz inform me sir

University College Mangaluru is in the path of development: D Vedavyasa Kamath 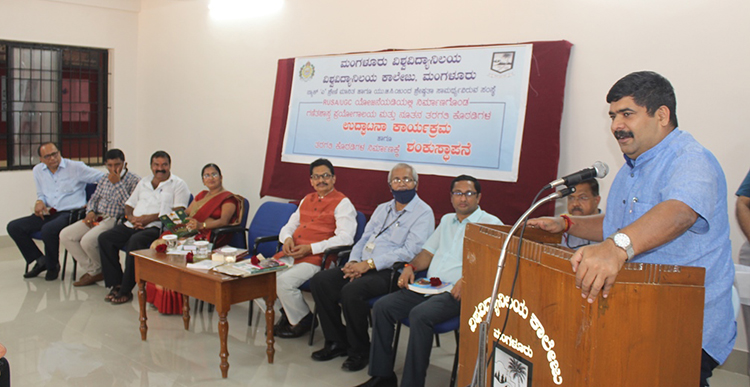 Mangaluru, Feb 13: “The University College Mangaluru is now on the path of development. I am committed for the development of this historic institution at least in the State Government level,” assured Mangalore South MLA D Vedavyasa Kamath.

He spoke after inaugurating classrooms built under the RUSA / UGC  project and laying foundation stone for the construction new rooms here at the college on Saturday. “It is a pleasure to have the College Development Council for the College. During my tenure, I have given a total of Rs 13 crore to two colleges of Mangalore University. University College will be considered on priority,” he added.

Mangalore University Vice Chancellor Prof. Subrahmanya Yadapadithaya said, “University College is in the heart of the city, is a symbol of pride for us. Mangalore University will be a supporting force for the college always,” and added that a meeting in the month-end will discuss the development of the Evening College, which is a part of the institution. There are further prospects for the Public Private Partnership model of development. 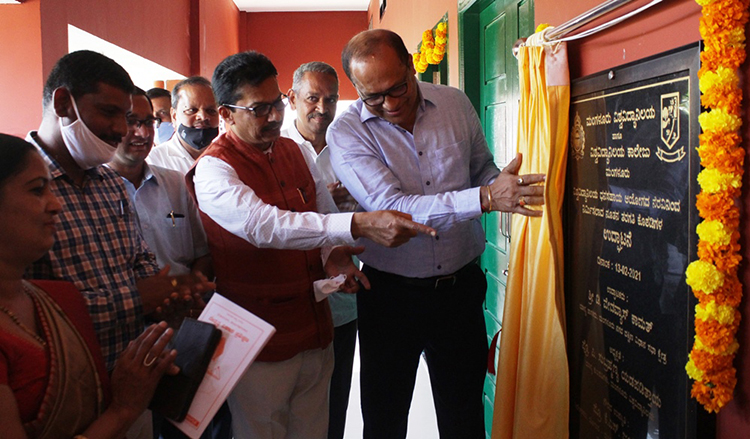 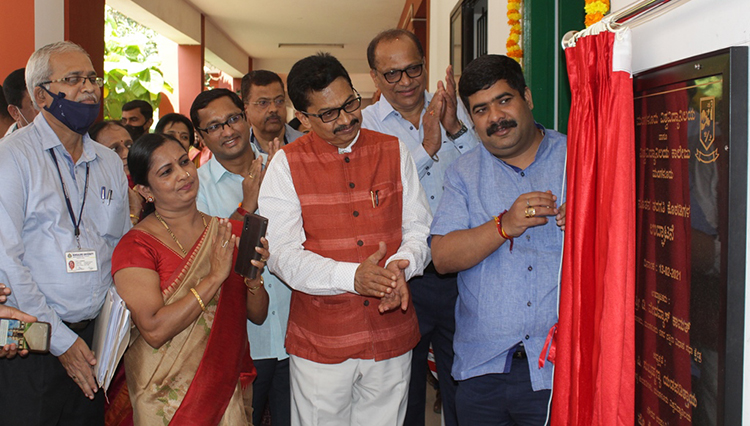 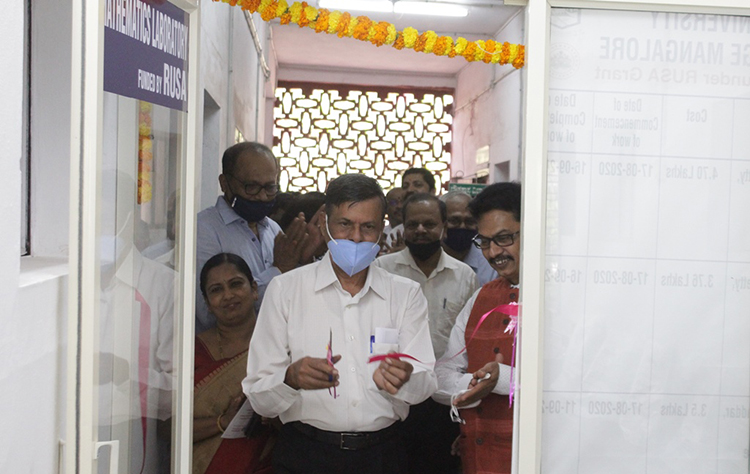 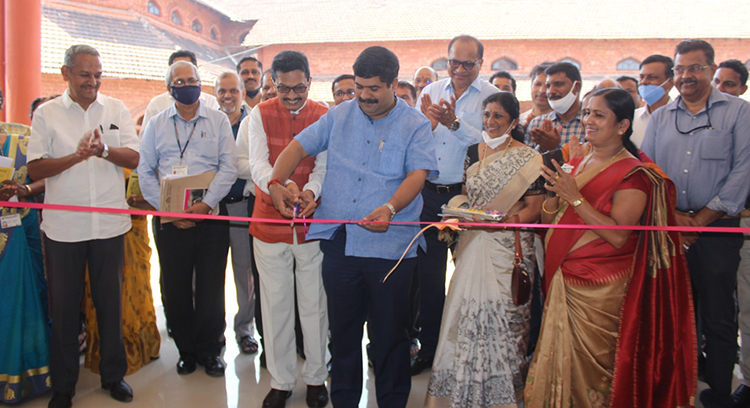 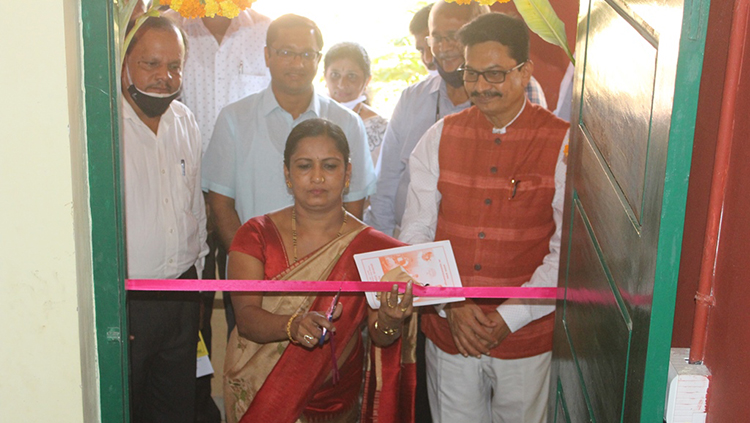 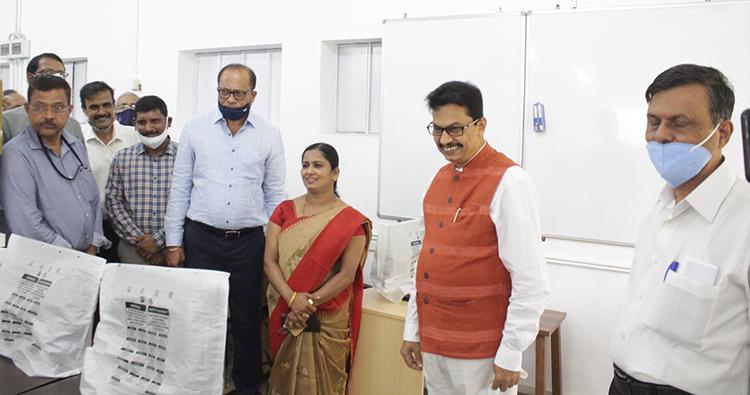 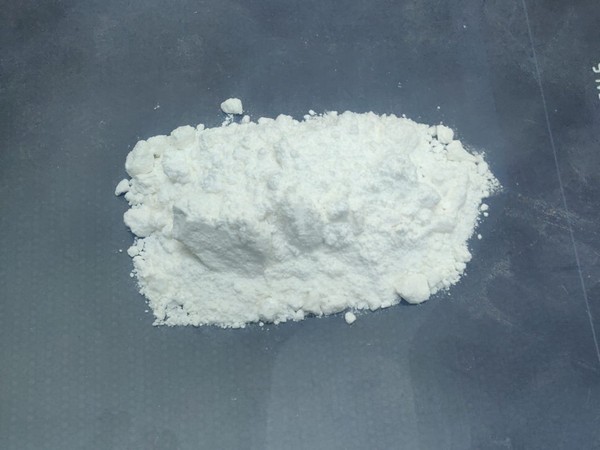 The CCB also seized cocaine and ecstasy worth Rs 15 lakhs from them.

A case has been registered and further investigation is underway.