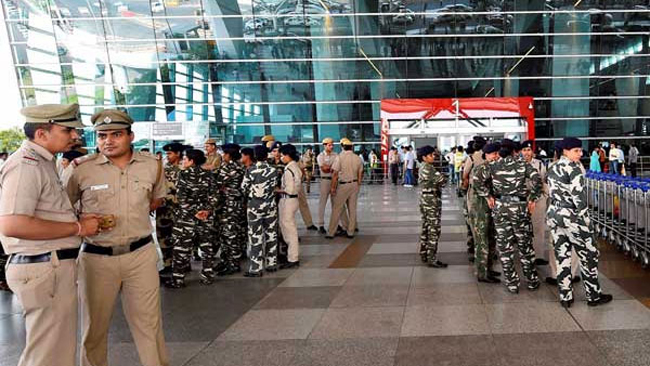 New Delhi, Jan 20: Security has been beefed up at airports across the country after a suspicious bag was found at the Mangaluru airport on Monday.

According to Central Industrial Security Force (CISF), which guards the airports in the country, a man was captured in the CCTV dropping the bag inside Mangaluru airport.

According to the CISF DIG Anil Pandey, traces of improvised explosive device (IED) have been found from the bag.

"According to CCTV footage, a suspect kept the bag at Mangaluru airport and was then seen leaving in auto while concealing his face. The suspected object was detected timely and local bomb disposal team is working on its disposal," DIG Pandey told media.

"We have found traces of IED from a bag lying at a ticket counter in Mangaluru airport, we have safely evacuated it," DIG Pandey told media.

According to sources, initial investigations have revealed that the bag contained some type of black powder.

"Initial investigation has revealed that the bag contained a black powder which seems to be explosive, though it is yet to be cleared what kind of explosive it is," sources claimed.

"After we found the suspicious bag at Mangaluru airport, a security drill has been initiated at all the airports and CISF staff have been asked to beef up security," DIG Pandey said.