Dec 7: The BJP on Friday said Congress leader P Chidambaram should not "lecture" on economy when he himself was in jail in a financial scam case. 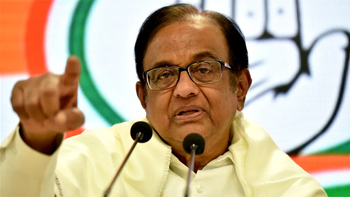 State BJP spokesperson Pratul Shahdeo said the former finance minister levelled several charges over the country's economy, but did not say that the GDP rate dipped below the current levels during the Manmohan Singh regime.

At a press conference earlier in the day, the Congress leader said that the Indian economy "is in deep trouble".

"What can be more ridiculous than a person who has been in jail on 'arthik ghotala' (financial scam) is lecturing on the Indian economy," Shahdeo said.

"It makes no difference to the Congress as several of their leaders are either in jail or out on bail. This is the political truth of the Congress. The people of Jharkhand will reject the corrupt Congress in the ensuing assembly elections," he added.

Chidambaram was on Wednesday night released on bail from the Tihar Jail in Delhi after 106 days in custody in the INX Media money-laundering case.

With the increase of 904 deaths, the toll due to the disease now stands at 40,699 in the country, according to the Union Ministry of Health and Family Welfare (MoHFW).

Meanwhile, as per the MoHFW, the percentage of discharged patients stands at 67.62, while the active cases are at 30.31 in the country as of today.

The deaths reported due to the infection are currently at a little above two per cent of the total confirmed cases in the country.

Maharashtra with 1,46,268 active cases and 3,05,521 cured and discharged patients continues to be the worst affected. The state has also reported 16,476 deaths due to the infection.

Tamil Nadu has 54,184 active cases while 2,14,815 patients have been discharged after treatment in the state. 4,461 deaths have been reported due to COVID-19 in the state.

Andhra Pradesh with 80,426 active cases is the third on the list. There are 1,04,354 cured and discharged patients and 1,681 deaths reported from the state.

The national capital's active cases tally once again crossed the 10-thousand mark with 175 new cases being reported. Delhi now has 10,072 active cases and 1,26,116 cured and discharged patients. 4,044 people have lost their lives due to the disease in the Union Territory so far. 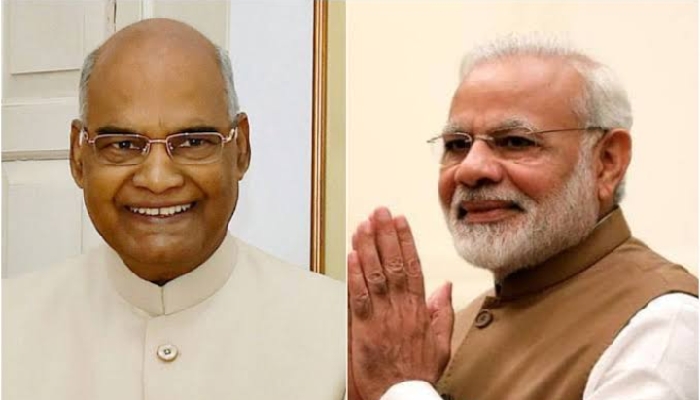 The President in his message said, "Greetings on Raksha Bandhan! Rakhi is the sacred thread of love and trust that connects sisters with brothers in a special bond. On this day, let us reiterate our commitment to secure the honour and dignity of women."

"Many wishes to all the countrymen on the auspicious occasion of Rakshabandhan," Prime Minister Modi tweeted in Hindi.

In a letter to Puri, the Joint Action Forum of Air India unions said, "We are deeply ashamed to say that it seems that after praising our Air Indian Corona Warriors at grand functions, respectfully, the government has now turned a blind eye to this management's ethnic cleansing of Air Indians at the lower levels, through compulsory LWP, redundancies and wage cuts."

The Joint Action Forum of Air India unions strongly opposes this Compulsory Leave without pay scheme as it is an illegal practice and is not a voluntary scheme.

"In fact the Board resolution itself empowers the Chairman and Managing Director with extraordinary powers, which seem akin to a High Court, to pack off employees on 2 years leave (extended to 5 years) at CMD's discretion or at the arbitrary whim of the Regional heads," the trade unions said.

"This said Compulsory LWP scheme violates every labour law put in place by Parliament and orders of the Supreme Court and various other courts and seeks to dispossess the lower categories workers of their legally guaranteed rights," it added.

The trade unions have pointed out that the redundancies are at the elite management cadre level and not the workers.

"We are indeed shocked that the management of Air India could prepare and formulate a scheme for compulsorily sending workers on leave without pay, which is akin to an illegal lay-off, under the garb of a Leave Without Pay, when ironically the redundancy actually lies in the upper echelons of management and not with the humble workers of Air India, who have slogged to make our Airline the treasure it is," they complained to Puri.

"It must be noted that out of 11,000 permanent employees, our management occupies almost 25% as Executive Cadre, with little or no accountability. Solely amongst the Elite Management Cadre, we have 121 top officers ranking from DGMS, GMs, EDs to Functional Directors, most of whom are either performing duplicate job functions or are indeed redundant and not to mention the retired relics serving as consultants and also the CEOs of various subsidiary companies," they added.

Trade unions said the redundancy or compulsory leave without pay scheme if any at all, has to apply only to these Executives, more so, when they do not even have protection of labour laws or Supreme Court orders.

Strangely, the topmost corporate executive cadre and the backroom Generals, have saved themselves from the axe of wage cuts, by sacrificing a piffling of a few grand, whilst the frontline warriors of flying cabin crew, engineers, ground staff have borne the biggest brunt head on, the unions said.