Bengaluru, Oct 9: A huge cache of sharp-edged weapons, cannabis and its smoking pipes, a mobile phone and a few SIM cards were found inside a prison here on Wednesday during a raid carried out by the police.

More than 50 police personnel of the Central Crime Branch took part in the swoop at the Parappana Agrahara Central Jail here following a tip-off.

During the search, the team recovered 37 sharp-edged weapons, five cannabis smoking pipes and some cannabis, among others, hidden inside the ground beneath the trees and bushes, police said in a statement.

A detailed report would be sent to the prisons department with recommendations to prevent such incidents in future, they said.

Burial of Covid-19 victims cannot be denied for any reason: Karnataka Waqf Board

Bengaluru, Jul 17: The Karnataka State Board of AUQAF has ordered that management committees at Muslim Khabarastans, shall not refuse burial to Muslims died due to COVID-19.

"...in exercise the powers conferred under Waqf Act 1995, it is hereby ordered that management Committees/Muthawallies/Administrators responsible for the management of Muslim Khabarastans in the state of Karnataka irrespective of registered or unregistered in the Waqf, shall not refuse the burial of Muslims died due to COVID-19 pandemic," read an order from the Karnataka State Board of AUQAF on Thursday.

"They shall co-operate with all the Nodal Officers designated for this purpose regarding the decent burial. Non co-operation or refusal on the part of the management will be construed as an insult committed to the deceased. Any violation of the above order will attract the punitive provision of Indian Penal Code and removal from the management as per the provisions of the Waqf Act 1995," the order read.

It further said that the Waqf Officers, District Wakf Advisory Committees of the state, shall ensure the adherence of this order, and circulate the same to all the Khabarastan managements, registered or unregistered in the state.

Giving a background on the issue of burial of COVID-19 deceased, the order read, "It is observed that, number of deaths are being occurred in various Districts of Karnataka, due to COVID-19 pandemic and it is reported that, some of the management committees of Khabarastan, are not cooperating to bury the dead bodies of COVID-19."

"A decent burial is a right of the dead person" as per the law of the land and the Islamic jurisprudence. It is needless to emphasize the importance of burial of Muslim dead bodies in Shariah. The dead body of a Muslim is treated with the utmost respect by the Ummah, joining in the funeral (Tadfeen), participating in the Namaz-e-Janaza and the burial are considered as Farz-e-Kifaya in Muslim law. According to the tradition of Islam, the person who participates in the funeral is entitled to Mountain sized reward (Sawaab)," the order read.

As per the order, the board, in its earlier circular had also cautioned the management of Waqf institutions and Khabarastan which were reluctant to allow the decent burial in the Khabarastan would be punished under the provisions of Indian Penal Code and the punitive provisions of the Waqf Act 1995 as well.

"The District Magistrates and the Superintendent of Police in the districts have been requested to prosecute the erring management committees who are responsible for non co-operation in this regard. Hence, the following order," it added.

Bengaluru, Jul 18: Veteran actor Hulivana Gangadharaiah has passed away due to novel Coronavirus at the age of 70 on Friday night at a private hospital. He has acted in films, plays and serials as well. 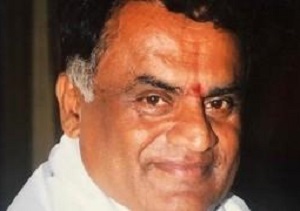 He was acting in the romantic serial Premaloka which has Vijay Suriya and Ankitha Navya Gowda in lead roles.

According to reports, after he showed the symptoms of having Coronavirus, he got self-isolated at his farm house. When his health condition deteriorated, he was admitted to the hospital. Gangadhariah has acted in over 100 films, 150 plays and many serials lived his life in a simple way.

Condoling the death of Gangadharaiah, T N Seetharam on his Facebook page posted, “The death of a friend and a wonderful actor Hulivana Gangandharaiah is painful. In Aaspota play, the role of a driver he played brought immense popularity ro the play. When George Fernandes watched the play he appreciated his character. In the serial Muktha Muktha, he played the role of a politician Rajanandaswamy with ease which was aired for over three years brought us closer. In the modern theatre, Nagesh whom I consider as Guru used to cast Gangadharaiah in each play he directed which reflected the kind of faith he had in him. After a few years, he got involved in agriculture so I did not had much contact with him. It’s been nearly eight years I last met him. It is very sad that we have lost him.”

Lead actor of the serial Premaloka, Vijay Suriya has also mourned the death of Hulivana Gangadharaiah who was seen in a pivotal role in the serial.