Chikkamagaluru, Oct 9: Three children drowned in a lake after they got stuck in the slush in Kenchinakatte lake, in Bilekal village  on the outskirts of Chikkamagaluru city on Monday evening.

The victims have been identified as Jivith, 14, Murali Karthik, 14, and Chirag 16, all three are residents of the Housing Board Colony in the city.

Jivith and Murali Karthik, were students of class VIII in a city school while Chirag was a class X student of another school.

According to police, on Monday afternoon, all the three took their cycles and rode to Kenchinakatte lake without informing their parents. The lake was filled with slush from the recent flood and landslide.

The incident came to light when the parents alerted Chikkamagaluru city police on Monday evening saying their children are missing. Police alerted their counterparts across the district.

Locals who had seen three kids playing near the lake alerted police of the same. They informed police that the cycles and slippers are lying on the river bank.

Police rushed to the spot and launched a search operation with the help of fire and emergency department personnel. “We found one body on Monday night. Two bodies were retrieved from the lake on Tuesday morning,” said police.

All the three are children of fruit and vegetable sellers. The bodies were handed over to the parents after a postmortem.

Mangaluru, Jul 11: Under the fourth phase of Vande Bharat Mission, the government of India has announced as many as 42 repatriation flights from Saudi Arabia to various Indian destinations including four flights to Karnataka.

On July 26 another Air India flight will take off from Dammam and land in Bengaluru and then again it will continue its journey till Mangaluru International Airport.

On July 27, Air India will operate a flight from Jeddah’s King Abdulaziz International Airport to Bengaluru.

On July 28, Air India will operate another flight from Jeddah to Mangaluru. It will be the last flight from Saudi to Karnataka under the fourth phase of Vande Bharat Mission. 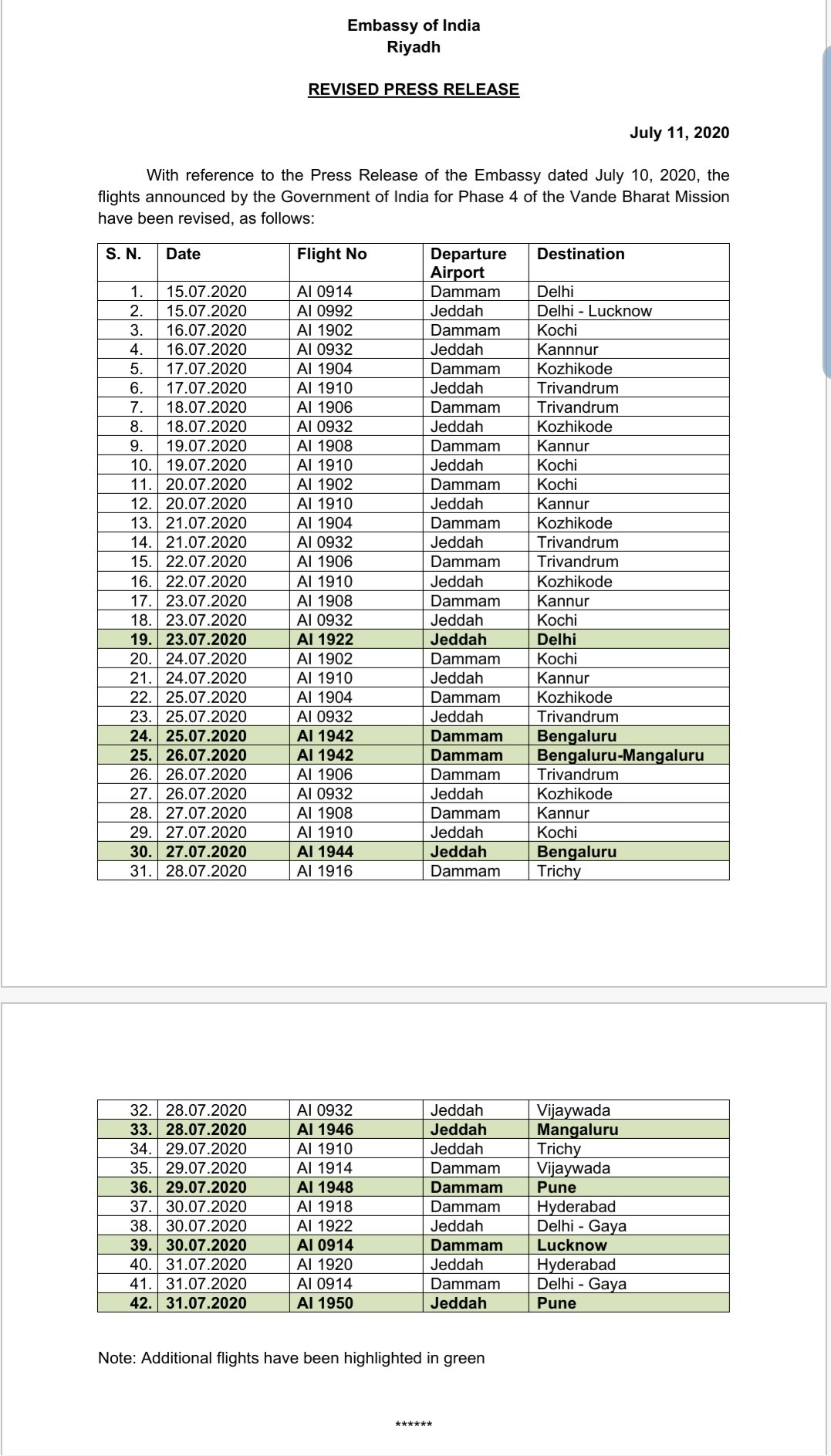 Bengaluru,  Jul 21: The salaries of doctors under the National Health Mission (NHM) has been hiked to Rs 45,000 in Karnataka, according to Medical Education Minister Dr K Sudhakar.

Addressing the media on Monday, Dr Sudhakar said that the state government will bear the cost of the hike in salaries of the doctors and added that ASHA workers too will get a hike in their pay soon.

Regarding the COVID-19 management in the state, he further said that testing will be increased in the containment zones.

During a meeting chaired by Chief Minister BS Yediyurappa, the Education Minister said that it had been decided that booth level committees will conduct door to door survey for early detection of influenza-like illness (ILI) and severe acute respiratory infections (SARI), and vulnerable persons.

He also implored private hospitals to admit and treat COVID-19 patients and asked them to not be hesitant in admitting pregnant women.

According to a bulletin issued by the department, the state recorded 72 more deaths due to COVID-19 with the toll at 1,403 while six patients who tested positive for the infection have died due to non-COVID causes, as of Monday. There are 42,216 active cases in the state.

What about the nurses???

Villagers protest after administration brings down Shivaji idol in Belgavi 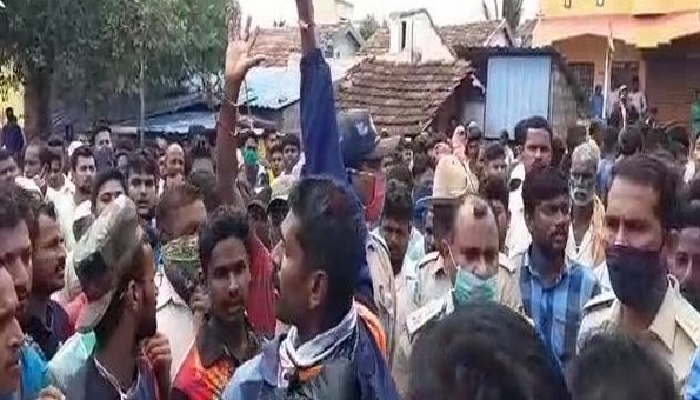 Belagavi, Aug 10: Villagers continued their protests on Sunday after the Belgavi district authorities brought down a Shivaji idol in Managutti village on Friday night as it did not have the necessary permission.

According to Laxman Nimbargi, Superintendent of Police of Belgavi, a meeting was held with village leaders and it was decided that the statue would be re-erected after the proper legal procedure was followed.

"Misinformation is being spread on social media that the statue was taken down due to external pressure by some organisation.

This is completely false. Strict action will be taken against those responsible for sending these messages," he said.

Visuals from the site showed a large number of people gathered in a village shouting slogans demanding the erection of the idol, while police personnel tried to subdue and disperse the crowd.