Woman attacked with acid by gang of 8 over property row

Bengaluru, Jan 14: A woman has sustained burns on the left hand and the left chest in a vicious acid attack that occurred as she walked home in Mallappa Layout, Seegehalli, near KR Puram in Bengaluru.

Prabhavathi, the victim, and her husband, Radhakrishna Reddy, own an acre and six guntas of land in Seegehalli. They had constructed 20 houses on the parcel and rented them while keeping the rest of the land empty and building a boundary wall around it, according to a senior police officer.

Four men named Ravi, Kumar, Ashirvadam and Shekar laid claim to the land and demolished the boundary wall two years ago. When the couple approached the cops, Manjunath, a sub-inspector from KR Puram police station, visited the spot along with other officers and allegedly abused Reddy and his family.

Reddy then approached a senior police officer who suggested that he file a complaint against the sub-inspector as well as his rivals for threatening the family. The case is pending in a case.

On January 7, Ravi, along with four others — Raghu, Kabalan, Ashrivadam and Munireddy — mocked Prabhavathi as she walked home. They asked her to withdraw the complaint. When she ignored them, one of the men motioned to another person. In a flash, a man in the group threw acid on Prabhavathi. The liquid fell on her left hand and left chest, gashing them. Her screams drew her family who rushed her to a hospital.

Reddy said the suspects had been intimidating them to sell the remaining land. He accused the KR Puram sub-inspector of “threatening” the family.

According to Reddy, following their complaint, a departmental enquiry was launched against the sub-inspector and his promotion was stalled. He suggested that the suspects had used the acid attack as a weapon to “silence” and force them into withdrawing the complaints. 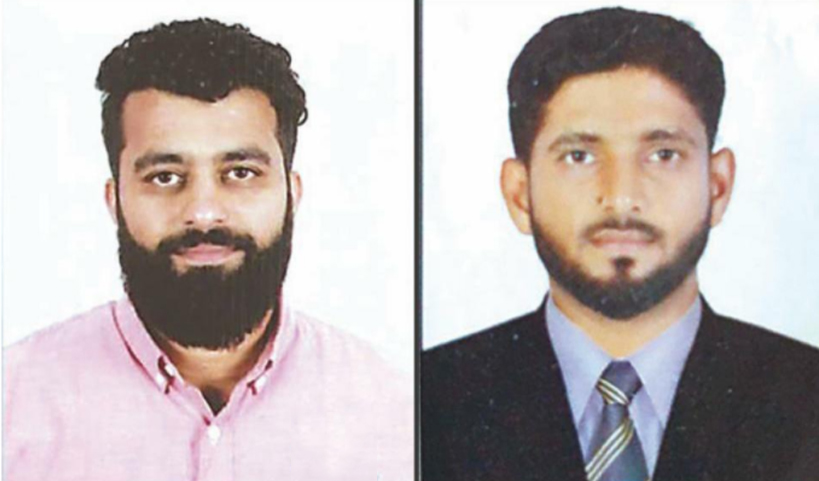 Mangalore, Aug 11: Defeating the social stigma associated with covid-19, two selfless youth from Mangaluru, who were earlier tested positive for coronavirus, travelled all the way to Bengaluru post recovery to donate their plasma for an unknown elderly woman.

Haider Ali of Bajpe and Advocate Zeeshan Ali from Iddya near Surathkal are the two plasma donors. They were encouraged by Zakaria Parvez, the convenor of Mangaluru-based ‘Wellness Helpline.’

An 85-year-old coronavirus positive woman from Bhatkal who was being treated at a private hospital in the city, was in need of convalescent plasma. Plasma therapy is one of the treatment methods being used to help patients battling a severe case of coronavirus.

Informed about the requirement, Mr Parvez contacted Zeeshan Ali and Haider Ali. Since there is no plasma collection centre in Mangaluru, both the donors had to travel to Bengaluru on August 9. They very next day, they returned after donating plasma.

Haider Ali, who runs a business in Saudi Arabia, wsa tested positive for covid-19 a few months ago. He had returned to his hometown post recovery. “Khasim Ahmed of the Hidaya foundation informed me the need of plasma for a woman. I immediately travelled to Bangaluru to donate plasma,” he said, adding that there is absolutely no need to fear the process of plasma donation.

"There is no need for fear if you test positive for covid-19. We need self-confidence. You need not to be afraid about plasma donation too. We have to wait for 28 days to donate blood again, but we can donate our plasma again within 14 days of donation. You won't even experience weakness, instead you become strong. The donation process gets done within half an hour,” says Zeeshan Ali

Bengaluru, Aug 3: Karnataka Pradesh Congress Committee working president Satish Jarakiholi on Sunday said that as per the party sources, state chief minister BS Yediyurappa has got only six months' time and there are different teams working against Yediyurappa in their party.

The BJP high command has decided to bring down Yediyurappa, Jarakhioli said. He added, "Yediyurappa had asked BJP high command to appoint him Chief Minister for six months and due to corona, his period has been extended. But now their own party sources have revealed that he has got only another six months."

While addressing the issue of different statements by BJP leaders and ministership aspirants after five MLCs were nominated, Jarakiholi said "Yediyurappa followers are not actual followers. BJP high command has already decided to bring down Yediyurappa as per their own party sources."

While speaking to reporters in Bengaluru, he said there are teams formed in the names of deputy CMs and there are many who are working in their party against Yediyurappa.

He also said that it's up to their party what they think about Yediyurappa's tenure, whether they keep him as CM or remove him. Being in Opposition, now Congress is only working on strengthening the party, he said.