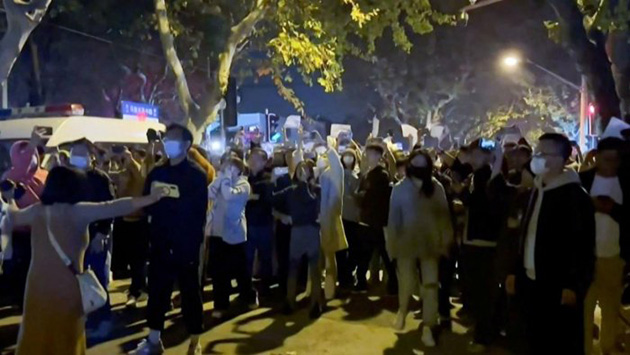 Shanghai/Beijing, Nov 27: Protests against China's heavy COVID-19 curbs spread to more cities, including the financial hub Shanghai on Sunday, nearly three years into the pandemic, with a fresh wave of anger sparked by a deadly fire in the country's far west.

The fire on Thursday that killed 10 people in a high-rise building in Urumqi, capital of the Xinjiang region, has sparked widespread public anger. Many internet users surmised that residents could not escape in time because the building was partially locked down, which city officials denied.

The fire has fuelled a wave of civil disobedience unprecedented in mainland China since Xi Jinping assumed power a decade ago.

In Shanghai, China's most populous city, residents gathered on Saturday night at Wulumuqi Road - which is named after Urumqi - for a candlelight vigil that turned into a protest in the early hours of Sunday.

At another point a large group began shouting, “Down with the Chinese Communist Party, down with Xi Jinping", according to witnesses and videos, in a rare public protest against the country's leadership.

The police tried at times to break up the crowd.

Beijing is adhering to a zero-COVID policy even while much of the world tries to coexist with the coronavirus. While low by global standards, China's cases have hit record highs for days, with nearly 40,000 new infections reported on Sunday for the previous day.

China defends Xi's signature zero-COVID policy as life-saving and necessary to prevent overwhelming the healthcare system. Officials have vowed to continue with it despite the growing public pushback and its mounting toll on the world's second-biggest economy.

Widespread public protest is extremely rare in China, where room for dissent has been all-but eliminated under Xi, forcing citizens mostly to vent on social media, where they play cat-and-mouse with censors.

Frustration is boiling just over a month after Xi secured a third term at the helm of China's Communist Party.

"This will put serious pressure on the party to respond. There is a good chance that one response will be repression, and they will arrest and prosecute some protesters," said Dan Mattingly, assistant professor of political science at Yale University.

Still, he said, the unrest is far from approaching that seen in 1989, when protests across the country culminated in the bloody crackdown in Tiananmen Square.

"Popular sentiment matters," he said. "But as long as there is no split in the elite and as long the PLA (People's Liberation Army) and security services remain on his side he does not face any meaningful risk to his hold on power."

The next few weeks could be China's worst since the early weeks of the pandemic for the economy and the healthcare system, Mark Williams of Capital Economics said in note last week, as containing the outbreak will require additional lockdowns.

In the northwestern city of Lanzhou, residents on Saturday upturned COVID staff tents and smashed testing booths, posts widely shared on social media showed. Protesters said they were put under lockdown even though no one had tested positive.

Candlelight vigils for the Urumqi victims took place in universities in cities including Nanjing and Beijing.

Internet users showed solidarity by posting blank white squares on their WeChat timelines or on Weibo. By Sunday morning, the hashtag "white paper exercise" was blocked on Weibo.

Videos from Shanghai showed crowds facing police and chanting “Serve the people”, “We want freedom", and “We don’t want health codes”, a reference to the mobile phone apps that must be scanned for entry into public places across China.

The Shanghai government did not immediately respond to a request for comment on Sunday.

The city's 25 million people were put under lockdown for two months earlier this year, an ordeal that provoked anger and protests.

Chinese authorities have since then sought to be more targeted in their COVID curbs, an effort that has been challenged by the surge in infections as the country faces its first winter with the highly transmissible Omicron variant.

On Friday night, crowds took to the streets of Urumqi, chanting "End the lockdown!" and pumping their fists in the air after the fire, according to videos on social media.

Many of Urumqi's 4 million residents have been under some of the country's longest lockdowns, barred from leaving their homes for as long as 100 days.

In Beijing, 2,700 km (1,700 miles) away, some residents under lockdown staged small protests or confronted local officials on Saturday over movement restrictions, with some successfully pressuring them into lifting the curbs ahead of a schedule.

A video shared with Reuters showed Beijing residents marching in an unidentifiable part of the capital on Saturday, shouting "End the lockdown!"

The Beijing government did not immediately respond to a request for comment.

At least nine people were killed and others hurt when a gunman opened fire at a dance studio in Monterey Park on Saturday night, according to law enforcement sources and witnesses.

The shooting occurred on the 100 block of West Garvey Avenue at around 10:22 p.m., the Los Angeles County Sheriff’s Department said.

Seung Won Choi, who owns a seafood barbecue restaurant on Garvey Avenue across from where the shooting happened, said three people rushed into his restaurant and told him to lock the door.

They said there was a man with a semiautomatic gun in the area. The shooter, they said, had multiple rounds of ammunition on him, so that once his ammunition ran out he reloaded, Choi said.

Wong Wei, who lives nearby, said his friend had gone to the dance club that night with a few of her friends. His friend was in the bathroom when the shooting started.

When she came out, he said, she saw a gunman and three bodies — two women and one person who he said was the boss of the club, Wei said. He said his friend escaped to his home around 11 p.m.

The shooter was carrying a long gun and appeared to fire indiscriminately, his friends told him.

The shooting occurred near the site of a Chinese Lunar New Year celebration. Tens of thousands had gathered Saturday for the start of a two-day festival, one of the largest Lunar New Year events in the region.

Earlier in the day, crowds were enjoying skewers and shopping for Chinese food and jewelry. Saturday’s New Year festival hours were scheduled from 10 a.m. to 9 p.m.

John, 27, who declined to give his last name, lives near the shooting site. He got home around 10 p.m. and heard about 4 or 5 gunshots, he said. Then he heard police cruisers “smashing” down the street. He went downstairs at around 11:20 p.m. to see if the shooting occurred at the New Year festival.

“My first concern was I know they’re having a Lunar New Year celebration,” he said. But he said he saw that the festival had already been cleaned up for the day when he arrived. He went to the scene of the shooting and saw one person being put on a stretcher. Another person had a bandage on their arm.

Injured people were taken to multiple hospitals in the area.

It was unclear if a suspect was in custody.

The violence left many in the area stunned.

Edwin Chen, a 47-year-old delivery dispatcher, rushed over from Woodland Hills to Monterey Park around 12:30 a.m. after hearing the news. Chen grew up in the area, he said, and about a dozen of his relatives and friends live there.

He said he was saddened this happened just as the community was celebrating Lunar New Year.

“This is [supposed to be] a happy time,” he said. “I want to find out as much as possible. It’s still shocking.”

“Our hearts go out to those who lost loved ones tonight in our neighboring city, Monterey Park, where a mass shooting just occurred,” Los Angeles City Controller Kenneth Mejia, the first Asian American to hold citywide office in L.A., said in a tweet.

Monterey Park, a city of 61,000 in the San Gabriel Valley, has a majority Asian American population. Located east of Los Angeles, the suburb is 65% Asian American, 27% Latino, and 6% white, according to census data.

One of the anchor suburbs in the San Gabriel Valley, Monterey Park is a hub of Asian American supermarkets and restaurants. 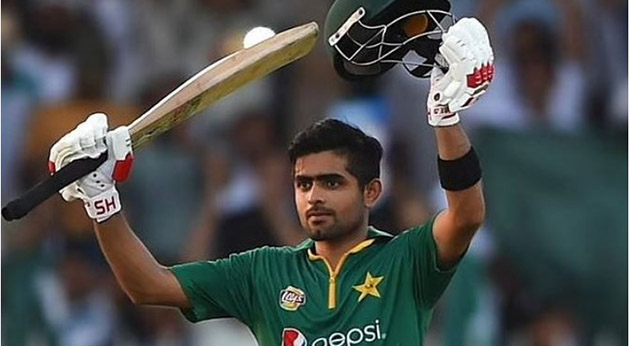 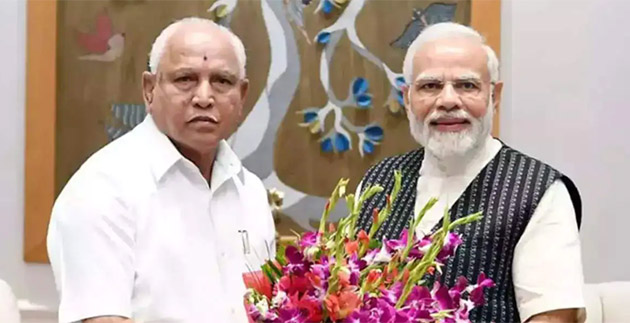