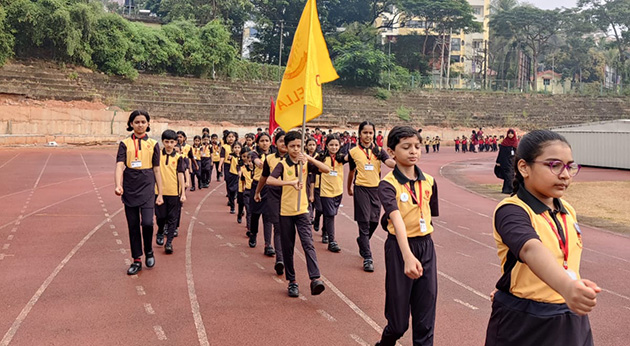 Mangaluru: The Shepherds' International Academy, Attavar, Mangaluru organised their Annual Sports Day event on Saturday, 12th November, at Mangala stadium with an objective of inculcating the discipline, sportsmanship and competitive nature among the students. The programme started with prayer lead by the school head boy master Ahsan Hassan followed by the school pledge by head girl Numa. Welcoming the guests and the gathering was done by Ms. Shahinaz.

Chairman of the Karavali Credit Co-operative Society, Attavar and the Treasurer of Dakshina Kannada Dist. Badminton Association A.S. Venkatesh graced the occasion as the Chief Guest. Head boy and the Head girl along with the Principal Ms. Lubna banu escorted the Chief Guest and the dignitaries to the flag post to hoist the school flag. Attractive March past was done by the 2 school teams Capella and Sirius. Sports meet was inaugurated by the Chief Guest by releasing the colourful balloons in the air.

Several sports & games events were conducted for the Montessori students and Graders, some of the games were let's go veggie, lemon and spoon, first to school, potato race, twist & jiggle, card board race and sack race. Track and field 100 meters & 50 meters race also were conducted for the graders. Relay was the highlight of the event. Team Sirius won the 1st place in march past and Team Capella were runners-up.

There was tough competition among the two teams, however, the overall Championship Trophy was bagged by the Team Capella. Medals and certificates were distributed to the winners by the Chief Guest A.S. Venkatesh, Trustees Naushad AK and Mohammed Rizwan, Guest of honor Thasleem and the principal Lubna Banu. Eleven students were felicitated for their victorious performance in KUMITE sector in the recently hled 1st Invitational National Level Karate Championship organized by KEN-E-MABUNI-SHITO-RYU-KARATE SCHOOL OF INDIA at Udupi. Chief Guest handed over the trophies and certificates to these winners issued by the organizers.

The sports event was convened by Ms. Sumayya Shaikh, Ms Sabha Sulthana and the Montessori Co-ordinator Sumya Farheen guided by the Principal Ms. Lubna Banu and helped by the teaching and non-teaching staff of the school. The event witnessed a festive look throughout the day resulting in fun, joy and energy among the students. 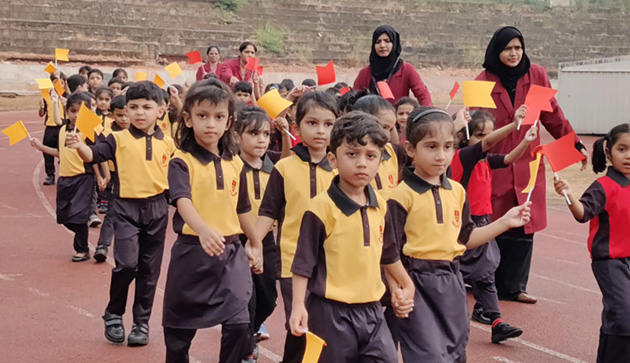 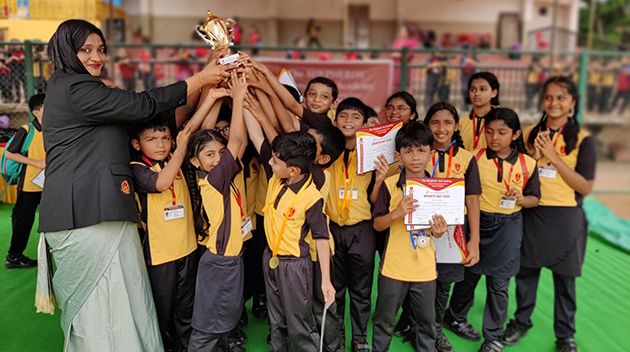 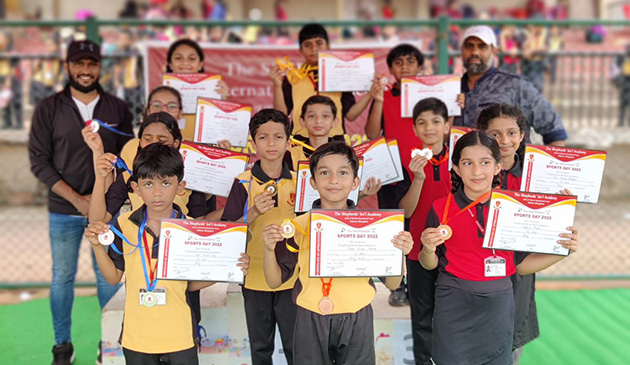 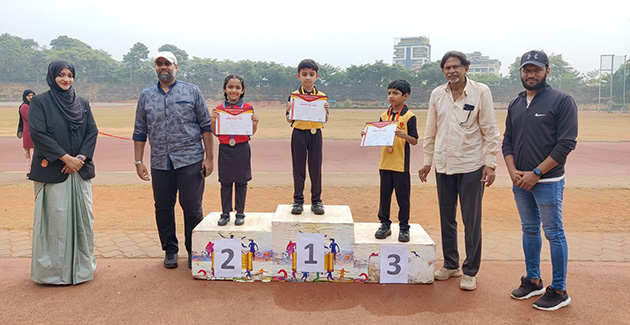