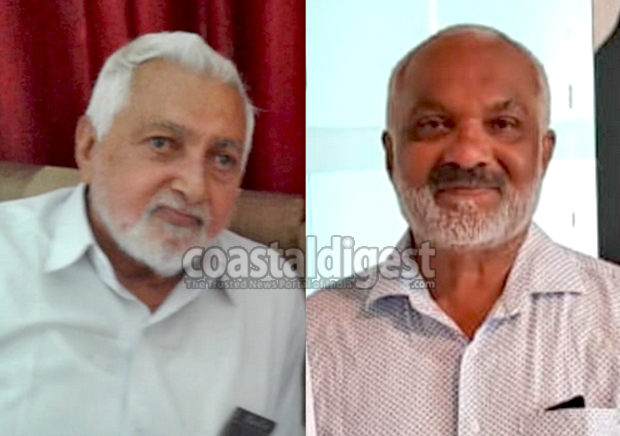 Riyadh, Dec 6: Abdul Khader, popularly known as "Emirate Khader", aged about 62, died along with his father-in-law Mulky Bawa Basrikatte due to road accident that took place today early morning (06/12/2018) near Jooda, which is on Riyadh-Dammam highway express.

He was returning back from Makkah after performing Umrah along with his family. Others sustained minor injuries initially being hospitalized in Prince Sultan Abqaiq & later were admitted to Dammam Central Hospital.

Both mortal remains were kept in the morgue in Prince Sultan Hospital awaiting legal formalities. It is said that the formalities will probably be held on Sunday due to two days government.

Emirate Khader was one of the prominent personalities among Mangalurean community known for his social and humanitarian works since four decades. He was very sociable and friendly.

He was in Emirate (Governorate) office around 35 years back when he was young. He was working as coordinator with good command over Arabic. Because of this, he was famously known as Emirate Khader. He has been in Jubail working for an Engineering company in Jubail.

His father-in-law was recently arrived in Jubail on visit visa. He also died in the hospital after few hours of the accident.

Thousands of relatives, friends and well-wishers including various organizations gathered in the hospital. Farook Mulky Jubail, Arif Jokatte from ISF Dammam Unit, social worker & businessman Basheer Sagar & others were present in the hospital & are seeing to complete necessary legal formalities with various authorities in the KSA & Indian Embassy.

As gathered information from the hospital staff, Khader was brought dead to the hospital while his father-in-law breathed his last in the hospital. The staff said thousands of people thronged the hospital to see the Mayyits.

Also Read: Emirate Khader Bhai: Loved by everyone; hated by none