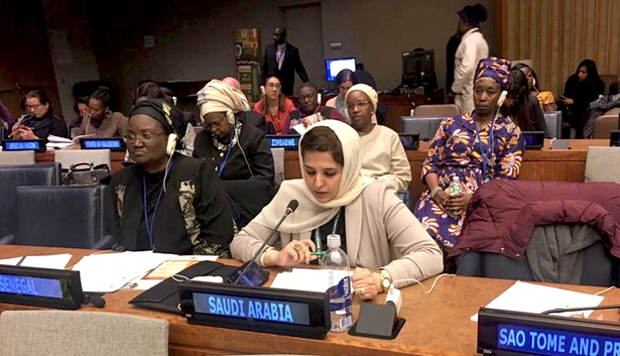 Jeddah, Oct 9: Saudi Arabia took part in deliberations of the Social, Human and Cultural Committee of the 73rd session of the UN General Assembly in New York, reported SPA.

Addressing the audience, the Kingdom’s mission said women participation in the development of Saudi Arabia is a key aspect of Saudi Vision 2030.

Recently, the Kingdom also lifted a ban on women driving, which will help boost women’s financial power and allow them to play a bigger role in economic and social diversification in line with Vision 2030.

A number of sectors in the Kingdom will also benefit from women being allowed to drive, such as car sales, which are expected to increase by about 145 percent to reach SR108 billion by 2022 from SR44 billion in 2017, according to one economist.