Karnataka to get 7.95 lakh vials of covid-19 vaccine in first consignment

Bengaluru, Jan 12: Karnataka will be getting 7.95 lakh vials of Covid vaccine in the first consignment and it will be stored in the government storage facility near Anand Rao circle in the City, Minister for Health and Medical Education Dr K Sudhakar said on Tuesday.

Speaking to newsmen here, he said that the Covi-Shield vaccine has already been approved by the DCGI (Drugs Control general of India). The union government has purchased 1.1 crore doses of vaccine at a cost of Rs 210 per dose. This is the cheapest vaccine in the world.

Dr Sudhakar said that Serum Institute, Pune is supplying vaccines at a cost of 231 crore. Karnataka will get 7.95 lakh vials of Covi-Shield in the first phase. Each dose of vaccine contains 0.5 ml and each vial contains 10 doses of vaccines. Second dose should be given 28 days after the first dose. Vaccine will generate resistance power in the body and it is safe.

‘Not for sale’ is being written over the vial to avoid misuse. Health warriors will get the vaccine on priority. All guidelines will be followed while giving the vaccine. Every person who is vaccinated will be kept under observation for 30 minutes after vaccination, said the Minister. 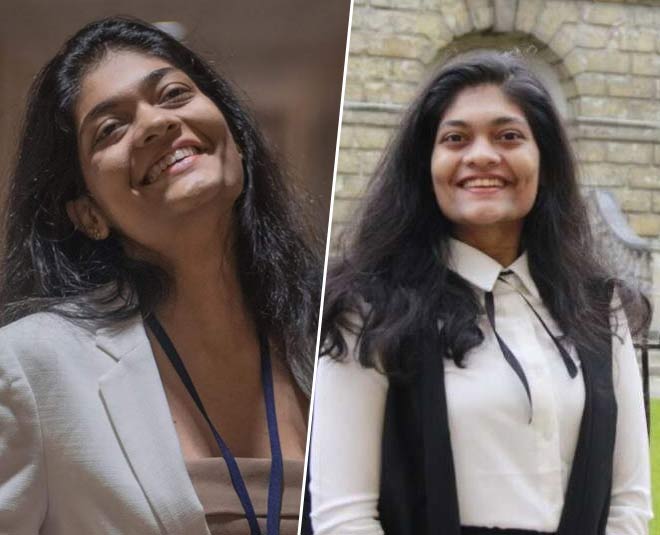 Rashmi Samant, the first Indian woman to be elected president of the Oxford University Student Union, has quit after the emergence of old social media posts that were deemed to be “racist” and “insensitive”.

Although Rashmi, who graduated from Manipal Academy of Higher Education (MAHE) and is from Udupi district of Karnataka, released an open letter apologising for her comments after there was a clamour for her resignation.

The Oxford Student Union’s Campaign for Racial Awareness and Equality (CRAE), a community at the university, criticised Rashmi in a statement published on Facebook.

“Although we cannot assume the intentions of Ms Samant, we believe that it is ultimately the impact of her actions that are important here: she has hurt the East-Asian, Jewish, and trans communities. Not only did she post racially insensitive captions on social media, but she has also proceeded to deny the harm caused by her actions when questioned,” stated the post.

“The excuses she has provided are at the absolute best an indicator of complete ignorance, and therefore a demonstration of the candidate’s inadequacy to represent the Oxford student body, or are at worst a complete fabrication in an attempt to redirect responsibility,” it added.

The controversy erupted after social media posts by Rashmi surfaced following her election.
The posts, mostly on Instagram, included one with a play on words about the Holocaust and a photo of her visit to Malaysia with the caption “Ching Chang”. Both were deemed offensive by Jewish and Chinese students. She also upset others by comparing imperialist Cecil Rhodes to Adolf Hitler in a Student Union debate hosted, and for separating “women” and “transwomen” in an Instagram caption.

She was also reported to have separated ‘women’ and ‘transwomen’ in a caption. “Furthermore, in a recent post on her now-deleted Instagram account, the President-Elect made a distinction between trans women and women, thereby implying that trans women are not women and perpetuating trans-exclusionary ideology,” read the post by Oxford SU CRAE.

Rashmi apologised for her comments in an open letter. “I begin this letter with a heartfelt apology to the entire student community at the University of Oxford. Though the recent developments might make it hard for you to believe the sincerity of my apologies, it deeply pained me to note that I have lost the trust that the student community reposed in me with their votes and belief in my manifesto owing to my mistakes,” she said.

Rashmi intended to take on the role of President of the Student Union in June.

“Regrettably, I alienated people within our wonderful student community to the extent that they deem me unfit to be the leader they rightfully deserve. I sincerely apologise to every student who has been hurt by my actions or words and seek a chance to gain your trust in me again,” the letter added.

However, after the clamour over her social media posts did not die down, she decided to resign.

As reported earlier, Rashmi had contested the election with four main goals that include decolonization and inclusivity, COVID-19 interventions for all, access to quality mental health resources and decarbonizing the university.

She won the election with 1966 votes in her favour out of the 3708 votes cast for the position of President, more than all the other candidates combined. At the time of campaigning, she had stated that she will also lobby for the removal of statues of those proven to be imperialist, including that of Christopher Codrington, a known slave owner who inherited one of the largest sugar plantations in Barbados in the 17th century, in the University and Conference of colleges.

Bengaluru, Feb 19: The Supreme Court of India today issued notice to the Karnataka government and others on a plea challenging the grant of bail to former Mayor of Bengaluru Sampath Raj and former Corporator Abdul Raqueeb Zakir in a case related to the East Bengaluru violence on August 12 last year that left four people dead.

A bench of Justices Sanjay Kishan Kaul and Hrishikesh Roy sought a response from Raj and Zakir within three weeks on the plea filed by Congress MLA of Pulikeshinagar Constituency R Akhanda Srinivas Murthy through advocate Amit Pai.

The Karnataka High Court had granted bail to both Raj and Zakir in February this year.

Arguing for Srinivas Murthy, senior advocates Devadatt Kamat and R Basant and advocate Rajesh Inamdar informed the court that though the accused had committed serious offences, they had been released on bail.

Further, they said the reasons for granting bail had not been uploaded and only the operative part of the order had been made available by the High Court.

The petitioner contended that the accused were one of the principal conspirators for the incident, and had been instrumental in mobilising persons to vandalise and burn down his house as also to create a communal situation. In his petition, he claimed that Raj, who lost Assembly polls from the neighbouring C V Raman Nagar Assembly constituency, harboured ill-will due to political reasons. The accused created unrest and a law and order situation on the pretext of an alleged derogatory post by his nephew.

The case has been filed in relation to offences under the IPC, as well as the Karnataka Prevention of Destruction and Loss of Property Act, 1981, and the Scheduled Castes and Scheduled Tribes (Prevention of Atrocities) Act, 1989.

Around 3,000 to 4,000 people went on a rampage in August last year, setting ablaze the houses of Pulakeshinagar Congress MLA Srinivasamurthy and his sister over an alleged inflammatory social media post by his nephew.

The mob also torched Devara Jeevanahalli and Kadugondanahalli police stations over suspicion that the nephew was present there.

Chikmagalur, Feb 27: Two burglars were apprehended for attempting a day-light robbery near the ACT Circle in the city on Saturday.

Police said that the perpetrators are in the custody of the police.

The accused have been identified as Sachin and Mohan, both residents of Chikmagalur.

The burglars Sachin and Mohan allegedly parked their bike near the residence of former CDA president, Chandregowda, at ACT Circle and broke into Chandregowda's house wearing helmets, while brandishing knives. It is said that the duo then tied the hands and covered the mouth of the homeowner's wife and attempted to rob their house.

The couple's son had reportedly alerted the locals, who then tried to apprehend the burglars while they were trying to escape. The duo had threatened the locals with their knives and boarded their vehicle when the locals cried out and alerted the driver of the fire service vehicle who was in the area.

The driver of the Fire Service vehicle then prevented the bike from escaping by colliding into it and causing the two-wheeler to fall on the road. The locals then began pelting stones at the burglars, who tried to run away from the scene and successfully caught them and later handed them to the police.

The video of the incident has gone viral on social networking sites.

With regards to the attempted burglary, a case has been registered at the City's Police Station