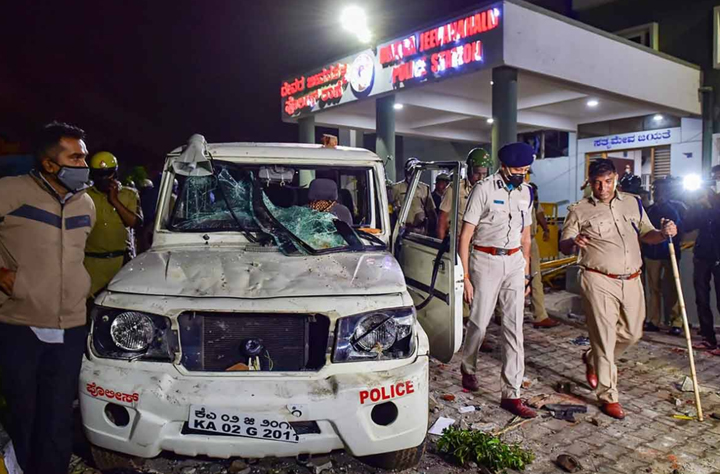 Among those who were arrested include Kaleem Pasha, the husband of Congress corporator Irshad Begum, who represents Nagwara in Bruhat Bengaluru Mahanagara Palike (BBMP).

Kaleem Pasha is said to be a close aide of former Karnataka minister and Congress leader KJ George.

The police have arrested 206 people so far in connection with the violence, Patil said.

Three people were killed and several others suffered injuries after violence erupted in the eastern part of the city on Tuesday night over a social media post made allegedly by Congress MLA Srinivas Murthy's nephew Naveen. Accused Naveen has also been arrested now.

Karnataka Home Minister Basavaraj Bommai has said that a district magistrate will hold an inquiry into the violence.

Four teams have also been formed to investigate Bengaluru violence which resulted in the death of three civilians in police firing.

DK faces massive destruction due to heavy rain; road was split in two near Mangaluru 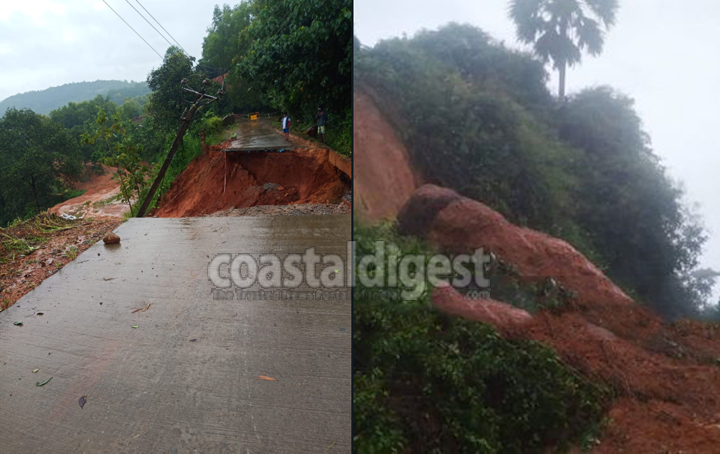 Mangaluru, Sept 20: Normal life has been thrown out of gear and vehicular traffic has been disrupted due to the heavy rains whereas landslides and water logging has also been reported from several areas in Dakshina Kannada.

IMD has sounded a red alert in Dakshina Kannada for three more days. As high tides are likely to lash the coast, the fishermen were advised against venturing into the sea for deep-sea fishing.

Meanwhile, landslides and waterlogging has been reported from several areas in the twin districts.

At Neermarga near Mangaluru city, a concrete road leading to Katinje caved in. The road has split into two and a nearby electric pole too has fallen down.

Heavy rain continued to lash across Dakshina Kannada since Friday night. Two persons sustained injuries and have been hospitalised after a portion of a house collapsed at Alape today.

In another incident, a woman suffered injuries after a compound wall collapsed near Bikarnakatte. The injured woman was identified as Chandrakala Shetty. The wall of a house belonging to Jayalakshmi was in dilapidated condition following heavy rain at Yeyyadi.

Yesterday, a labourer was killed when a compound wall collapsed, at Kuloor. The deceased labourer was identified as Umesh of Neermarga. The work on the extension of the house of Jagadeesh was under progress when the incident occurred.

Due to the drop in air pressure at the Bengal Sea, as recorded on September 20, a torrential rainfall accompanied by thunder is expected to continue till September 22. The coastal and highland regions of the state are expected to bear the brunt of heavy rains due to which a red alert has been issued.

Udupi, Uttara Kannada, and Dakshina Kannada districts are expected to receive heavy downpour accompanied by thunderstorms from September 20 to September 22 as per the forecast released by the Department of Meteorological department.

In the meantime due to heavy rainfall and huge inflow to Kabini reservoir at Beechanahalli in HD Kote taluk in Mysuru district, the outflow of the dam has increased to 35,000 cusec on Sunday morning.

The authorities of Cauvery Neeravari Nigam Limited issued flood alert to the downstream villages. The water has reached its maximum level of 2284 feet, with 12,208 inflow. 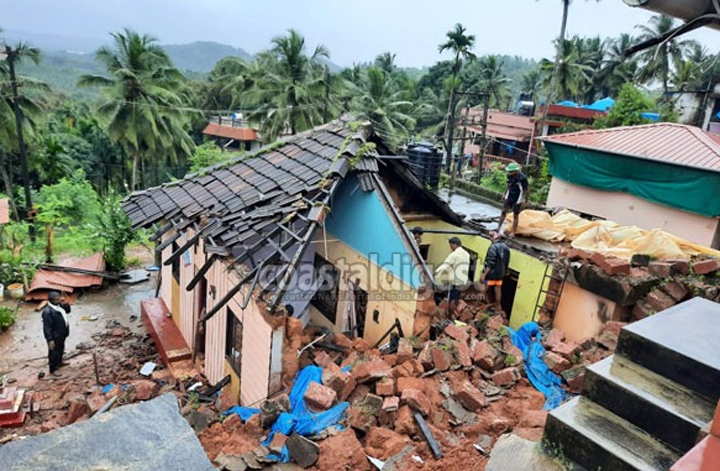 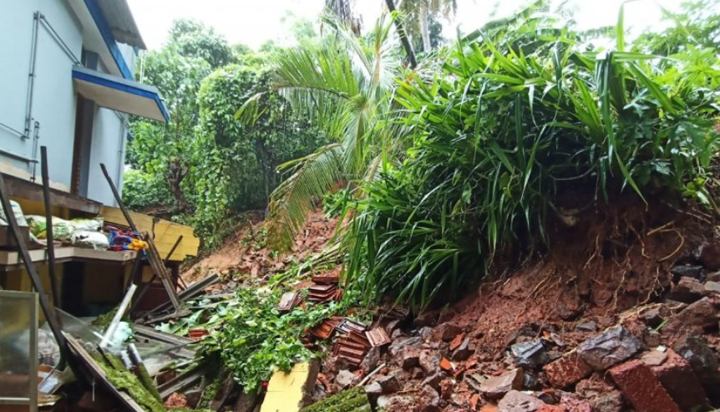 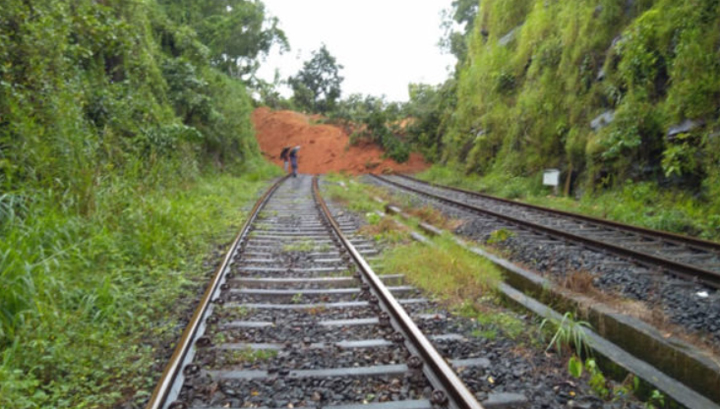 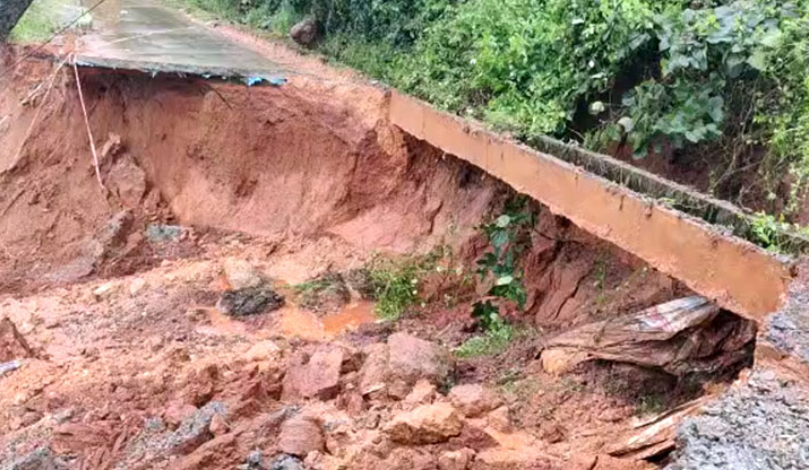 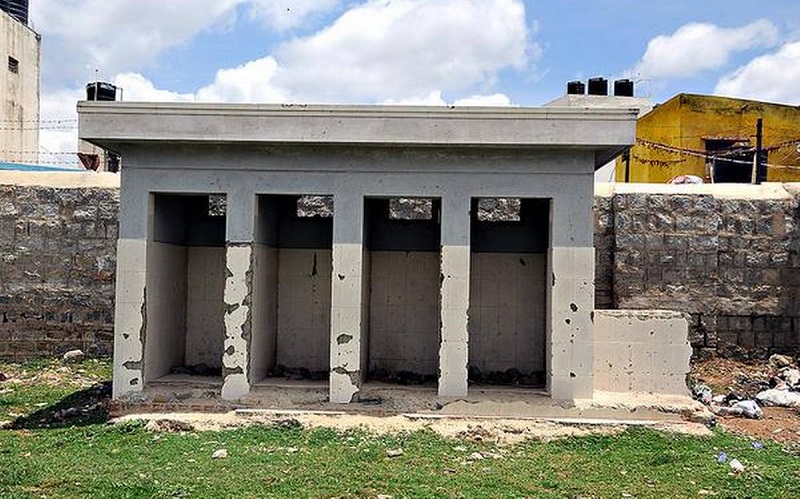 New Delhi, Sept 25: As part of a Right to Education project, Public sector units have claimed to have constructed 1.4 lakh toilets in government schools. But in a survey by the Comptroller and Auditor General of India (CAG) almost 40% were found to be non-existent, partially constructed, or unused, reported The Hindu.

On Wednesday, in an audit report presented in Parliament, CAG said over 70% did not have running water facilities in the toilets, while 75% were not being maintained hygienically.

In September 2014, Ministry of Human Resource Development had launched Swachh Vidyalaya Abhiyan to meet the Right to Education Act’s mandate that all schools must have separate toilets for boys and girls.

There are around 10.8 lakh government schools across the country. Overall, more than 1.4 lakh toilets were built by 53 central public sector enterprises (CPSEs).

The audit by CAG conducted a physical survey of a sample of 2,695 toilets built by these companies in 15 States.

In the survey, CAG found out that CPSEs identified but did not construct 83. Another 200 toilets were reported to be constructed, but were non-existent, while 86 toilets were only partially constructed.

Another 691 toilets “were found not in use mainly due to lack of running water, lack of cleaning arrangements, damages to the toilets and other reasons like use of toilets for other purposes, toilets locked up, etc,” said the audit report.

It means that the objective of providing separate toilets for boys and girls was not fulfilled in 27% of the schools, said CAG.

To effectively change the behaviour of students, the project norms required the CPSEs to build toilets with running water and hand washing facilities, and to maintain the toilets for three to five years while charging the annual expenses to their CSR budgets.

The survey has found that 72% of constructed toilets had no running water facilities inside, while 55% had no hand washing facilities at all. The audit also noticed “cases of defective construction of toilets, non-provision of foundation/ramp/staircase and damaged/overflowed leach pit, which led to ineffective use of toilets,” read the report.

75% of toilets did not follow the norm for daily cleaning at least once a day. The survey found that 715 toilets were not being cleaned at all, while 1,097 were being cleaned with a frequency of twice a week to once a month. “Cases of non-provision of soap, bucket, cleaning agents and disinfectants in toilets and inadequate cleanliness of pathway were also noticed,” said the report. 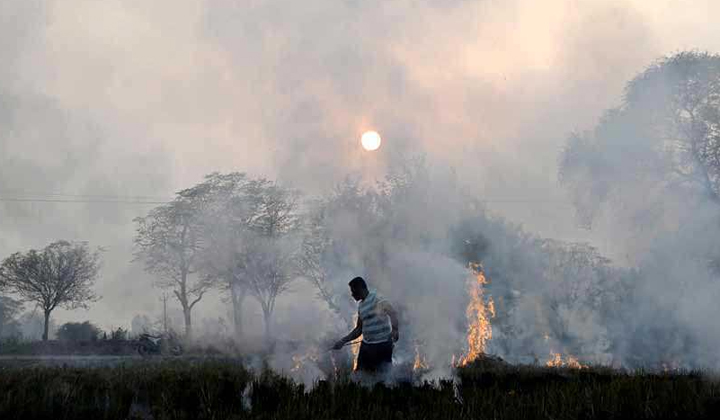 Paris, Sept 16: The world has lost nearly 100 million hectares of forests in two decades, marking a steady decline though at a slower pace than before, a UN agency reported Tuesday.

The proportion of forest to total land area fell from 31.9 per cent in 2000 to 31.2 per cent in 2020, now some 4.1 billion hectares, according to the Food and Agriculture Organization.

It marks "a net loss of almost 100 million hectares of the world's forests," the FAO said.

Deforestation has hit particularly hard sub-Saharan Africa and Southeast Asia, where it has accelerated in the last decade, but also Latin and Central America, where it has nonetheless slowed down.

Forests are being cut down mainly to make way for crops or farm animals, especially in less developed countries.

A country strongly focused on agriculture like the Ivory Coast has seen forests reduced to 8.9 per cent of the total land area from 10.7 per cent in 2015. Kenya, Mali and Rwanda have largely held firm against forest loss.

In Latin and Central America, forest covers only 46.7 per cent of the total land, compared to 47.4 per cent five years ago.

In contrast, in many parts of Asia, Europe and North America forest area has increased or stayed the same in the last five years with policies to restore woodland and allow forests to expand naturally.