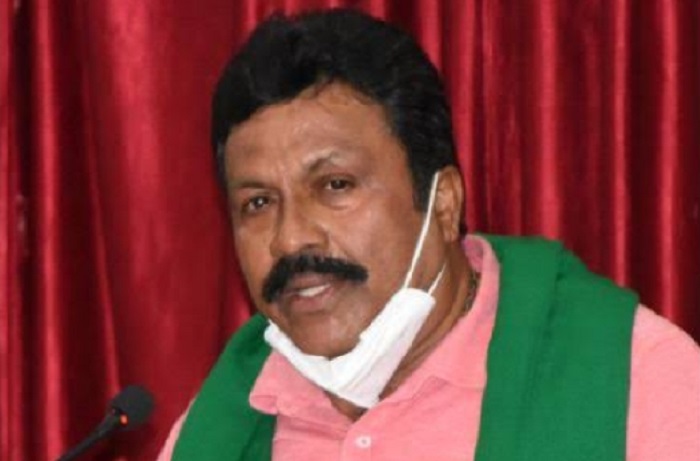 Bengaluru, Aug 1:: Karnataka Minister BC Patil on Friday said that he has tested positive for Coronavirus.

"The report has confirmed me to be corona positive. I am in home quarantine at my residence in Bangalore," he said in a tweet.

"During a recent visit to Koppal district, five of the staff members who accompanied me were reported to be coronavirus positive," he tweeted.

Meanwhile, a total of 5,483 new COVID-19 cases and 84 deaths were reported in Karnataka, the state's health department informed on Friday.

So far, 2,134 deaths have been reported from the state.

The Centres are set up at Karkala (1), Udupi (3) and Kundapura (1). Presently more than 100 patients are being treated in these Centres.

These Centres have been opened in the wake of high incidences of Covid-19 cases in the district. They are set up for asymptomatic patients who do not wish to be treated at home. 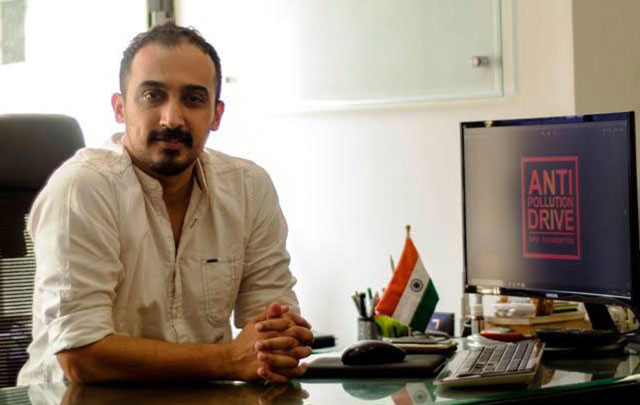 Mangaluru, Jul 22: City based APD Foundation has mooted the idea of giving state recognition and compensation for ‘Covid Saviors’, namely healthcare workers and civic officials who die in the line of duty in the war against Coronavirus pandemic. This suggestion was formally proposed by Abdullah A. Rehman, Founder & CEO, APD Foundation in a letter addressed to Shri Narendra Modi, Hon’ble Prime Minster of India and Shri B. S. Yediyurappa, Hon’ble Chief Minister of Karnataka on July 22, 2020.

In the letter Mr. Rehman asserts that COVID-19 pandemic has caused widespread devastation in the country and played havoc in the lives of the common man. In this scenario, the healthcare workers, such as doctors, nurses and paramedics along with civic officials have emerged as the saviors of the suffering humanity. They expose themselves to great personal risk while treating Covid patients. Many of them catch infection and a few of them have died. Such persons deserve to be recognized by the government for their supreme sacrifice.

Elaborating the rationale behind the proposal, the letter draws comparisons with practice of soldiers who die on the battlefield being glorified as ‘MARTYRS’. The slain soldiers are decorated posthumously with medals and titles of honour. Their families are provided with generous cash compensation so that the future of their widows, children and parents are safeguarded. They are provided with allotment of land, lucrative business opportunities like petrol pump / gas agency or reservation in government jobs for their spouse and children.

The letter suggests that healthcare workers and civic officials who succumb in the line of duty should also be similarly honoured. “Hence I propose that healthcare workers like doctors, nurses and paramedics who die while treating Covid patients should be recognized as ‘COVID SAVIORS’. Civic officials who are working for the cause should also be included in this scheme. Generous compensation should be paid to their families so that their future welfare is ensured as if they were alive,” Mr. Rehman has written.

The suggestion has been made in the wake of news reports that the Odhisha State Government has announced compensation of Rs. 50 lakhs and state honours for healthcare workers who die on Covid duty. Similarly the French government has announced a major increase in salary to its healthcare workers. In the same manner India too can provide optimum welfare to its health workers and set an example on the world stage.

“Though Covid pandemic is likely to be a temporary phenomenon, there is a need to recognize the service of those who are helping society to overcome this grave crisis. They inspire confidence in the hearts of the common people in the same manner as soldiers in uniform do. Hence I urge you to accept the suggestions made herein and announce the same at the earliest,” Mr. Rehman concludes in his letter.

Bengaluru, Aug 9: karnataka's Health Minister B Sriramulu has tested positive for the novel coronavirus. He has been hospitalised and is being treated for Covid-19. The minister has also asked all of those who came in contact with him recently to take necessary precautions.

Sriramulu made the announcement in a series of tweets on Sunday. He said, “After symptoms of flu, I have tested positive for coronavirus today.”

“Under the leadership of Honorable Chief Minister (BS Yediyurappa), all the departments of the government, including my department, have been working hard against Covid-19. From the time of corona's appearance, I have had the opportunity to visit 30 districts and work in harmony with the government's desire to treat people well. It is in this backdrop that I am going to be hospitalized and treated,” B Sriramulu said.

Karnataka’s Health Minister also added, “All those who have been in contact with me recently have been requested to take precautionary measures.”

Earlier this month, Karnataka Chief Minister BS Yediyurappa also tested positive for Covid-19. The state's Leader of Opposition and former CM Siddaramaiah of the Congress also declared that his samples too had returned positive for the infection. Both of the leaders are undergoing treatment for Covid-19 at the privately-owned Manipal hospital in Bengaluru.

According to the Ministry of Health and Family Welfare (MoHFW), Karnataka has 79,773 active cases while a total of 89,238 patients have been discharged in the state after recovering from Covid-19 and 3091 have succumbed to it.