'Will speak to CM on demands of ASHA workers,' assures Karnataka health minister

Bengaluru, Jul 30: As the protest by Accredited Social Health Activist (ASHA) workers entered the 20th day, Karnataka Health Minister B Sriramulu on Wednesday assured them that he would take up their demands with Chief Minister B S Yediyurappa.

The ASHA workers are sitting in protests with a number of demands that include a minimum salary of Rs 12,000 per month.

Assuring that their matter will be taken up, Karnataka Health Minister B Sriramulu said while speaking to reporters, "We know how hard ASHA workers have been working as frontline warriors in the fight against COVID-19. I will discuss with CM about their demand for a minimum wage of Rs 12,000 per month and the final decision will be taken soon."

"We went to the police to allow us to protest. Officials then took us to the CM. During the meeting, he demanded some time to sort out our issues.

We told him we are protesting for the past 20 days and that it was he who needs to call a meeting with us. Only then will he know the problems being faced by ASHA workers," an ASHA worker said clad in her signature pink sari.

"When asked as to why salaries of ASHA workers were not hiked, while it was done for doctors and other healthcare officials, the CM requested for time to look into the matter.

We are not much happy now, but will if he comes in front of the media and promises to sort out our issues, then we will listen to him", she added. 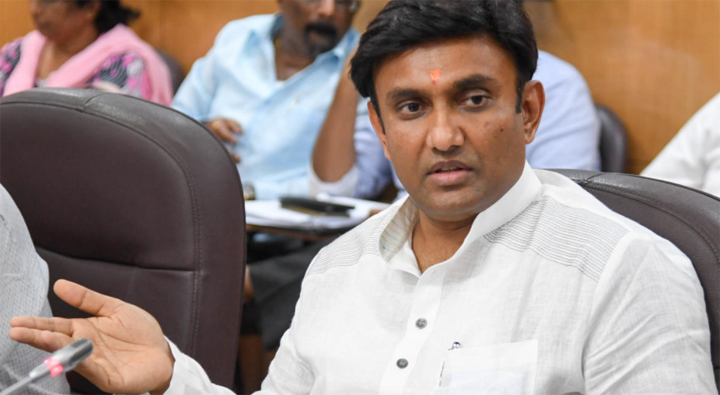 Bengaluru, Sept 24: In a strong bid to scotch the rumour about the imposition of lockdown again, Karnataka Medical Education Minister, Dr. K. Sudhakar on Thursday said there was no proposal before the state government to reimpose lockdown.

Speaking to reporters here, Sudhakar clarified that Prime Minister Narendra Modi did suggest imposing the lockdown, but it was not mandatory for anyone of the states which participated in Wednesday’s interaction with him. “It was more of a suggestion from his side rather than a direction. Moreover, I do not see any reason to implement it in Karnataka,” he explained.

Quoting Prime Minister Modi, Sudhakar asserted that the state governments need to focus more on the micro-containment zones. “It was a fruitful discussion. Let none should misinterpret or misguide people in the state or elsewhere. There will be no seal down also,” he retorted in response to a question.

While Tourism Minister, C.T. Ravi asserted that the state government was in favour of increasing awareness about Covid-19 and there was no talk on lockdown within the government. “What needs to be done is people should strictly follow safety protocols, if at all we want to fight this dreaded virus. There will be no lockdown in Bengaluru or elsewhere in the state,” he claimed. 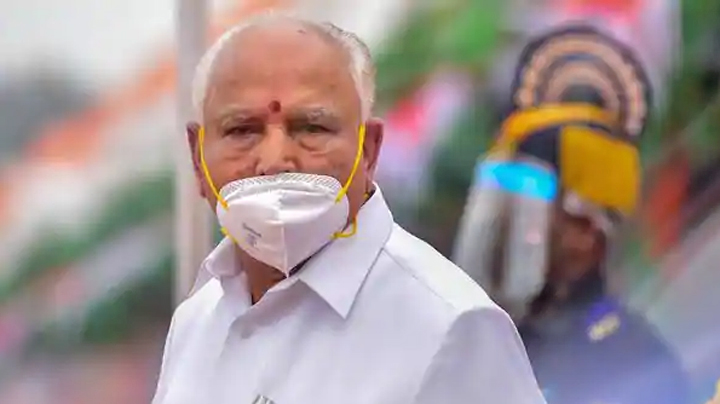 The chief minister, who is in the national capital on a three-day tour, dismissed such reports that emerged after JD(S) leader and former Chief Minister HD Kumaraswamy recently met him to discuss "development-related works".

"It is all speculation, there is no truth in it. As one of the leaders of the Opposition party, Kumaraswamy had recently met me to discuss development-related works. There was no political issue discussed in that meeting," Yediyurappa told reporters here when asked about the reports.

He said his party BJP has a comfortable majority in Karnataka and does not require any support from JD(S).

Yediyurappa also refuted the Opposition's charge that his son and BJP state vice-president B Y Vijayendra was acting like a "super CM". He said Vijayendra was focusing on the party works and not interfering in the functioning of the government.

"Some of the opposition leaders are making baseless allegations out of jealousy looking at his political growth," Yediyurappa said.

He said he would discuss the expansion of the Cabinet with party president J P Nadda later during the day. Yediyurappa also held a discussion with BJP National General Secretary B L Santosh.

Earlier during the day, the chief minister called on Prime Minister Narendra Modi and several Union Ministers to discuss development works related to the state, according to an official statement.

Yediyurappa called on Environment Minister Prakash Javadekar at the Parliament House and requested for early grant of the 'Terms of Reference' for the Mekedatu project and first stage forest clearances for the Kalasa and Banduri Nala projects in the state.

The chief minister also requested for early approvals and clearances for irrigation and drinking water projects including Mekedatu and Kalasa Banduri Nala to utilise the water resources allocated to the state.

He also called on Steel Minister Dharmendra Pradhan and requested him to expedite the process of disinvestment of the Visvesvaraya Iron and Steel Limited, it said.

With the speculation that the chief minister may undergo cabinet expansion, several leaders from the state including former ministers H Vishwanath and MP Renukacharya have come to the national capital.

Udupi, Sep 26: A 25-year-old married woman has allegedly ended her life by hanging herself in her parental home at Nandalike in Karkala taluk of Udupi district.

The deceased has been identified as Akshata, daughter of Narayana Devadiga and Sharada couple. She resorted to the extreme step between 9 am and 11.30 am on Sept 25 when no one else was there at home.

In her compliant, the mother of the deceased has stated that even though Akshata got married to Surendra from Talalpadyi nearly two and a half years ago, she continued to live with her parents at Nandalike.

A case under section 174 of the Criminal Procedure Code stands registered at Karkala rural police station.