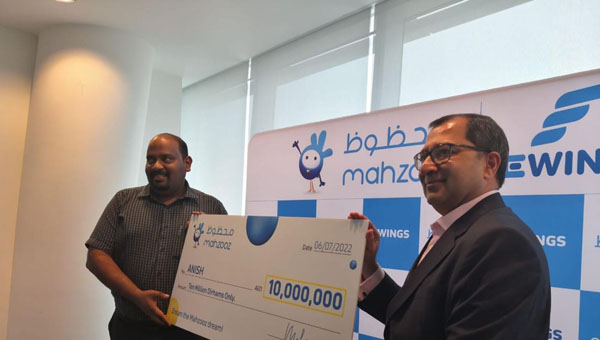 39-year-old Anish, an IT engineer originally from Kerala, has become the 24th Mahzooz millionaire and the third Indian expatriate to win the Dh10 million grand prize. Aside from the three Indians, previous Dh10 million winners were a French-Tunisian national and a Filipino. The biggest Mahzooz winner is still Junaid Rana from Pakistan who previously won the previous Dh50 million grand prize back in October last year.

Anish, who matched all five winning numbers (1,8,10,12,49), said he was completely shocked upon learning he won during the weekly draw held on July 2. He called a friend who confirmed that he was the grand prize winner.

The IT engineer is still trying to grasp reality and handle an unexpected windfall.

Anish said that even after four days, the enormity of the win is still sinking in. When asked what he would do with the Dhs10 million grand prize, he responded, “My first purchase will be a car as I still don’t have one.”

The expat who resides in Ajman and commutes to Dubai Investment Park-2 every day spends three hours daily on travel.

"I recently got to know the news (of the win), I need to think, and plan properly after consulting with my family in Kerala. I can't say anything right away as to what I'm going to do with the money," said the UAE resident of 13 years.

He added, "Perhaps, I'll buy a property or make an investment over here, or somewhere. I will use the prize money to repay my debts, help family members who are in need and, most importantly, bring my family here to the UAE to live with me.

"I want to think more prudently and take steps properly and also want to relax for some time too."

Before Anish heard about his turn of fortune, he was relaxing on a Saturday evening watching a movie. He says, "After a busy workweek, I was sitting and watching a film as the next day was off for me. Around 9.30pm I thought of logging into my account. I saw three numbers are the same, which meant I'll get Dh350 for sure. At least I'll recover what I had spent.

"Then I saw that the other two numbers were also the same. I was shocked to see that I was the top prize winner. I couldn't believe my eyes. I cannot express that day's feelings in words. I then called a close friend and requested him to confirm what I saw. Frankly, the reality is still sinking in."

Anish, who has been playing for over a year, picked whichever numbers came into his head at the moment, with the exception of compulsorily having 'one' in the chosen numbers.

Anish encourages everyone to participate in Mahzooz and try their luck. “You never know when luck decides to smile at you. I'm very thankful to Mahzooz for giving me such an opportunity. I am indebted to this wonderful country, the UAE, where dreams come true and last but not the least, I am grateful to the Almighty.” 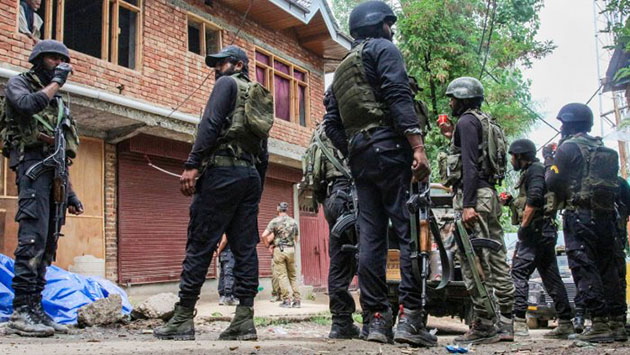