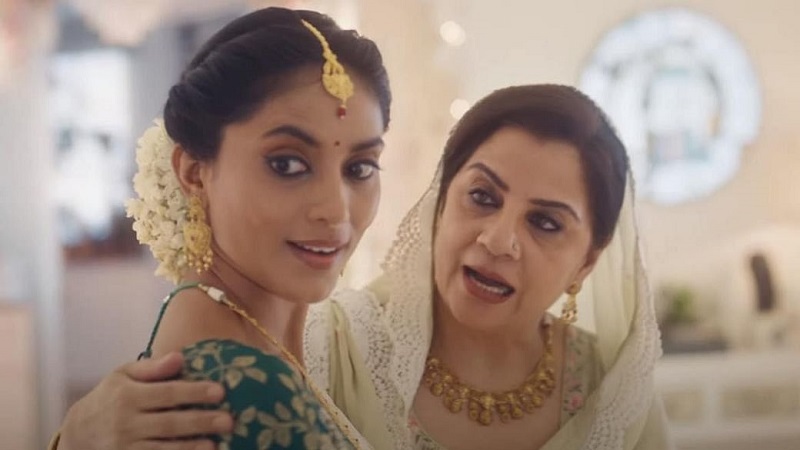 The company's move prompted intense debate on social media and elsewhere, just as the ad to promote its jewellery collection Ekatvam (oneness) had deepened faultlines since its release last week.

The 43 second commercial, which led to the hashtag #BoycottTanishq trending on Twitter, shows a pregnant woman being led to her bridal shower, a Hindu custom called godh bharai', by a woman who viewers later realise is her mother-in-law.

The young woman, in a sari and bindi, addresses the older one, in a salwar kurta and a dupatta covering her head, as Ma' and asks, But you don't celebrate this custom? The mother responds with a gentle, The tradition of keeping daughters happy is there in every home. Setting the scene of a composite family, a woman in a hijab, people in saris and a man in a skullcap can be seen in the backdrop.

The description of the video on YouTube read: She is married into a family that loves her like their own child. Only for her, they go out of their way to celebrate an occasion that they usually don't. A beautiful confluence of two different religions, traditions, cultures."

The commercial opened the floodgates of debate and trolling with a flurry of tweets demanding a ban on the advertisement and a boycott of the brand, a Tata product.

Tanishq first disabled comments and likes/dislikes on its ad on YouTube, and on Tuesday withdrew the video altogether. No reasons were given for dropping the ad. Tanishq has not yet responded to PTI's request for a response or issued a statement.

The removal of the ad led to fresh debate on Twitter with several people, including Congress MP Shashi Tharoor, writer Chetan Bhagat and actor Swara Bhasker calling out the trolls.

"Those boycotting the Tanishq ad don't like seeing daughter in law(s) happy around mother in law's. You have seen too many soaps & too much prime times news," tweeted Singhvi.

Two States author Bhagat said the company should not get bullied.

As a TATA group company, expected #Tanishq to be fairer and braver. If you have done nothing wrong, if you have shown something beautiful about our country, don't get bullied. Be Indian. Be strong, he said.

Actor Swara Bhasker was also critical and put out a caustic tweet saying, Such a large company, such a weak spine.

"TBH, reacting to paid twitter trends and manufactured outrage is just myopic. The ad was lovely. Standing by it would have made 'em cooler, foresighted and balsy. But alas #tanishq," added her colleague Richa Chadha.

Blogger and writer Richa Singh came out in the company's support, saying those preaching that Tanishq should not have withdrawn the ad obviously don't own jewellery shops.

In a hooligan environment like the present they will first protect their employees' and business interest and then think about your inquilab. So please, drop it, she tweeted.

The polarisation was evident right since October 9 when the ad was first released with many people slamming Tanishq for projecting fictional interfaith union and promoting love jihad', a reference to an alleged campaign by Muslims to convert Hindu girls in the guise of love. And many others lauding it for showing a syncretic, harmonious India.

I want to know who directed this Ad and who wrote? Pull this AD down #BoycottTanishq," she said on Twitter.

"Why are you showing a Hindu "daughter in law" to a Muslim family and glorifying it? Why don't you show a Muslim daughter in law in your ads with a Hindu family? Look like you are promoting #LoveJihad & favouring a particular Faith only...," said another Twitter user, Sharma Khemchand.

As the clamour for the boycott of Tanishq grew, there were many who came out in its support. Many kudos came its way for "not shying away from addressing one of the biggest divides" in the nation.

Journalist and columnist De posted a tweet with the hashtag #downwithbigotry'. "Good for you @TanishqJewelry. If only we had more ads like this sensitive and brilliant one promoting love between different communities, India would be a far better place for all. Shame on trolls," she said.

Some used humour to dispel the tension.

"People are trending #BoycottTanishq as if they buy jewelry from them on daily basis," tweeted @sandeep90s.

It is not the first time that Tanishq has broken stereotype and challenged societal norms with its ad.

In 2013, it promoted remarriage in an ad made by Lowe Lintas. However, back then the commercial didn't attract any controversy and was widely appreciated.

The agency received plaudits this time too.

"Good on you, @TanishqJewelry and @MLLintasGroup for making the ad for Ekatvam. It must NOT have been an easy call to take, you will probably lose some business, but you did the right thing by not shying away from addressing one of the biggest divides in this nation#tanishq," tweeted @iSrikanth.

The detergent brand, known for its tagline daag acche hai', was subjected to the '#Boycott Surf Excel' trend on Twitter. Its Holi ad featured two children, a Hindu girl and a Muslim boy. The girl dressed in white is seen riding a bicycle and challenging neighbourhood kids to splash colour on her. It is later revealed that she did so to protect her Muslim friend who had to go to the mosque for prayers. 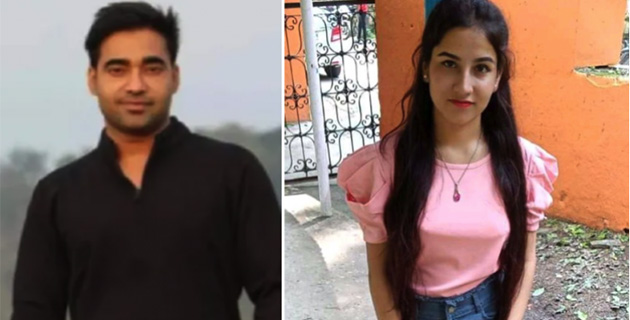 New Delhi, Sept 26: The mother of the 19-year-old receptionist, whose murder sparked massive protests in Uttarakhand, has claimed her daughter was hastily cremated, and she never got to see her body. She has accused the administration of tricking her into going to a hospital on the pretext of taking her to her daughter.

News reports had earlier said the mother was admitted to a hospital as she was unwell. However, a video has now surfaced where she has claimed she was fine and was ferried to a hospital on false pretext.

"The took my husband along forcibly, but didn't take me. They brought me here from the forest where I live, saying I will see my daughter," the visibly upset mother could be heard complaining in the video shot in the hospital.

"Doctors then put me in a wheelchair. I asked why was it needed but they took me to a hospital. They then forcibly put me on intravenous sugar solution and started recording a video," she said.

Narrating her ordeal, she said four-five people had come to her and said they would take her to the cremation site. "I said I am her mother, I won't do anything until I see her. I said I won't budge until you show me my daughter. I wasn't unwell at all. They tricked me into coming here. I was sitting at the civic body's office. This is just for show, they have betrayed us," she said.

The teen receptionist was cremated last evening amid massive protests against the police for alleged slow action. The family had also raised questions on the government action in the case.

The family and protestors had initially refused to cremate the body, questioning the demolition of the resort where she worked. They said it was an attempt to destroy evidence in the case, in which the son of a senior BJP leader -- now expelled -- is the prime accused.

A provisional postmortem report stated the teen died due to drowning and that her body bore signs of injury caused by blunt force.

The teen was murdered allegedly by the hotel's owner, a BJP leader's son, and two others after she resisted their alleged attempts to push her into prostitution. Initially she was reported missing, and her body was recovered from a canal on Saturday.

Vinod Arya, former chairman of a state board with the rank of a minister, and his brother Ankit Arya, also a BJP functionary, have been expelled by the party.

Mangaluru, Oct 1: A council meeting of the Mangaluru City Corporation (MCC) has approved an agenda regarding the recommendation of its Standing Committee on Town Planning and Reforms to name a junction in Surathkal as ‘Sri Vinayak Damodar Savarkar Circle’.

The proposal mooted by Mangaluru City North MLA Y Bharath Shetty of the BJP was earlier discussed in the council in 2021. The council meeting chaired by mayor Jayanand Anchan on Friday approved the agenda and the proceedings in this regard will be ratified in the next council meeting. After the ratification of the agenda, the proposal will be sent to the government for approval.

Based on MLA Shetty’s request, the council in its meeting on October 30, 2021 had referred the proposal to the Standing Committee on Town Planning and Reforms for a report. Accordingly, the committee members on February 15 had visited the spot and decided to recommend the council to name the junction after Savarkar.

When the agenda came for discussion on Friday, members from the opposition – Congress and SDPI raised objections. “We had objected to the proposal when it was tabled in the council in October. We will raise objections again when the proceedings of the meeting will be tabled in the next council meeting for ratification,” opposition members said.