Bengaluru, Jul 1: Veteran actor and comedian, Rajagopal, who was known for his outstanding mimicry skills in Sandalwood breathed his last on the night of July 1, that is yesterday. He was one of the favourite comedians among the audiences and is said to have been suffering from kidney and asthma problems. 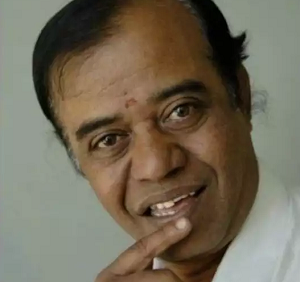 He passed away at his residence in Bangalore.

The well-recognised comedian has worked in more than 600 movies in his career, along with Tamil movies. The actor was active in the film industry since 1983 and had acted with many stars like Vishnuvardhan, Ambareesh, Prabhakar among others. He is also known for mimicking actress Kalpana's voice very well.

Recently, he also had claimed that new directors, new producers in the Kannada film industry had not been calling veterans to play parts in their movies and preferring fresh talent. He also had been going through a financial crisis due to the lockdown. Rajagopal has also worked in TV serials for some time in his career.  He has acted in super hit movies like, ‘Real Police’, ‘Sadakaru’, ‘Goosi Gang’, ‘Super Police’, and others as well.

The lockdown has seen the demise of many South Indian stars. Chiranjeevi Sarja too passed away last month, leaving the industry in shock. Now, a famous comedian's demise has also saddened the industry further.

Kasaragod, Jul 27: Seven persons belonging to two relative-families who attended a funeral recently had been tested positive for Coronavirus on Monday.

Sources said the two families had been to Thavinjal near here for the funeral of a man who died at the Kozhikode Medical College Hospital on July 19.

Later, the samples of these seven persons were sent for testing after they developed symptoms of COVID-19, the result of which came out on Monday.

Increase in suicidal tendency among kids amid corona crisis

Thiruvananthapuram, Jul 12: At least 66 children have ended their lives in Kerala since the Covid-19 lockdown began on March 25 with youngsters facing stress unable to bear the unprecedented situation where schools are shut and friends are out of reach to share their woes.

According to Chief Minister Pinarayi Vijayan, there has been an increasing instance of suicidal tendencies among children in the state due to various reasons, including parents scolding them over mobile phone use and failure to attend online classes.

This has prompted the government to launch a teleconsultation facility for children facing stress and also cautioning parents against hurting their sentiments while being concerned about welfare of their wards. It has also ordered a study into the issue. "Among the children an increasing instance of suicidal tendency is being witnessed which will become an extremely serious social issue.

Since March 25, when the national lockdown was imposed, 66 children, below 18 years of age, have ended their lives due to various reasons", Vijayan said. A mother scolding her child for not attending the ongoing online classes, or a parent questioning a child for downloading a sleazy video on the smartphone or the constant rift between the parents were among the reasons which triggered the suicidal tendency, he said on Saturday.

As the schools have not yet re-opened due to the lockdown, the children are unable to meet their friends and share their problems. Vijayan said though the parents were intervening keeping in mind their child's welfare, it was essential to ensure that the young minds were not hurt in the process. To helpthe children facing issues relating to mental pressures, 'Chiri'atele-counselling initiative has been started by the government under its Our Responsibility to Children Programme (ORC), a planned community intervention that connects with people between the age of 12-18 years. The state health department has also launched "Ottakalla Oppamundu" (You are not alone,we are with you) programmeto help children facing any kind of mental distress and to prevent the suicidal tendencies among them.

Health Minister K K Shailaja said under the psychosocial support assistance, her department has so far reached out to 68,814 children and 10,890 children have been given counselling. The changes in the behaviour of their children should be noted by the family members and if they find something amiss, the district psychosocial help desk should be informed, she said. A 15-member team of Students Police Cadets will be constituted in each of the 14 districts to help the children needing any assistance,police sources said. Education should not be a competition, but a means to gain knowledge, Vijayan said.

A society's future lies with the children and it is the duty of the society and the government to ensure their physical and mental well being. Taking a serious view of the situation, the state government has constituteda committee headed byFire and Rescue Services DGP R Sreelekha to conduct a study on child suicides in the state. The aim of the ORC was also to create a multi collaborative platform for government and professional agencies, parents and teachers to equip youth with appropriate know-how to face challenges, officials said.

Belagavi, Jul 23: As many as 14 persons have been arrested following last night’s violence at Belagavi Institute of Medical Sciences (BIMS) - District Hospital.

Angered over the death of a Covid-19 patient, family members had turned violent and damaged the BIMS with stones and set an ambulance on fire alleging medical negligence.

Police rushed to the spot and brought the situation under control. Two persons were detained in the spot and 12 persons later. The matter is under investigation and the police have launched a manhunt to nab the other accused.

During the violence, a police personnel and five other hospital staff suffered injuries.

Meanwhile, prohibitory orders under Section 144 CrPC were imposed in the areas surrounding the hospital to prevent crowd gathering.

Deputy Commissioner M G Hiremath visited BIMS on Wednesday night and held a meeting with the doctors and nurses treating the patients and those who were at the receiving end of the violence.

Hiremath said that he instilled confidence among the doctors and nurses and assured them that safety measures would be taken. Security arrangements will be made and prohibitory orders will be imposed. Presently entry of people has been banned, he said.

Police Commissioner Dr K Thiyagarajan said that cases will be filed against all those responsible for the violence. People whose vehicles have been damaged can also file complaints.